Financial Technologies (India) Ltd (FTIL) has tweaked the share purchase agreement that it had signed in June this year to divest two-thirds of its remaining stake in Indian Energy Exchange (IEX) to a clutch of investors, according to a stock market disclosure. 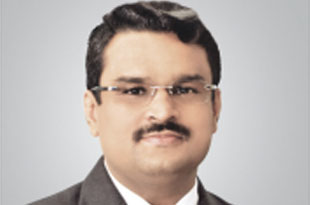 Now, FTIL will offload 19.06 per cent stake in IEX for Rs 410 crore (approximately $62 million) to the same buyers instead of 16.6 per cent as agreed earlier.

The valuation of IEX, however, remains the same at Rs 2,150 crore.

The latest agreement is subject to fulfilment of certain conditions.

Earlier this month, TVS Capital also picked a small stake in IEX in its first new deal in almost a year after a previously announced transaction to invest in the electricity trading platform was scrapped early this year.

FTIL had signed a deal in November last year to sell its entire holding to a group of investors led by private equity firm TVS Capital for Rs 576.84 crore ($94 million), valuing IEX at Rs 2,250 crore ($366 million then).

However, the agreement got terminated due to non-fulfilment of certain conditions and a notice was issued to the firm by Economic Offences Wing (EOW) of Mumbai in February stipulating not to divest its assets.

IEX offers an online electricity trading platform for trading, clearing and settlement operations. As per its site, over 800 private generators and more than 2,800 open access consumers are leveraging the exchange platform to manage their power portfolios.

In March 2014, FTIL sold off some stake in IEX to Golden Oak (Mauritius) Ltd, following which FTIL's shareholding in power exchange came down to 25.64 per cent.

The transaction was to comply with Central Electricity Regulatory Commission (CERC)’s regulations to bring down the company’s stake in IEX to 25 per cent as previously announced. As per FTIL’s annual report, this was to be met by January 20, 2014.

In May 2013, power sector regulator CERC had directed FTIL to offload its stake and exit IEX, following capital markets regulator Securities and Exchange Board of India's directive that declared FTIL and Jignesh Shah unfit to hold stake in any stock exchange or clearing corporation. FTIL landed in trouble after its subsidiary NSEL got into a payment crisis worth Rs 5,600 crore.