EY is top I-bank, AZB is law firm of the year: VCCircle Awards 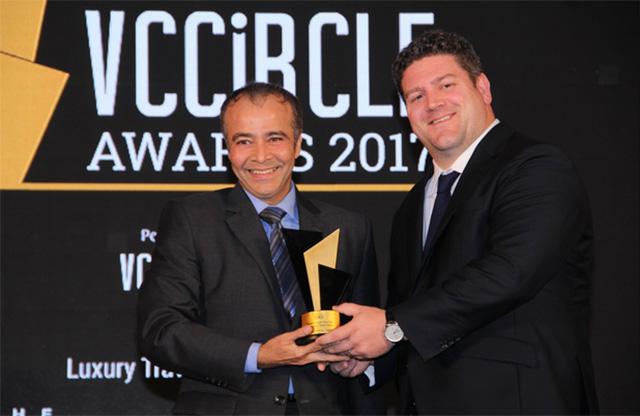 The winner was decided by an eminent jury panel chaired by Arun Duggal, the chairman of ICRA, an Indian subsidiary of ratings agency Moody’s.

In a year that saw private equity deals taking a beating with a decline in both volumes and value, EY’s advisory wing was involved in large transactions across M&A and PE verticals. “The award was given on the basis of their exceptional record, the number of transactions they closed as well as delivery of great value on those deals,” said Mohandas Pai, one of the eminent members of the jury.

The number of M&A deals in 2016 was also lower than the previous year.

The award for EY does not come as a surprise since the firm had led the PE and M&A league tables in terms of both value and volumes for 2016. Its stellar performance also ended the three-year winning streak of Avendus Capital, which had bagged the award in 2014, 2015 and 2016.

VCCircle awards are based on the previous year's performance, but the jury also considers a company’s historical performance. This may have gone in EY's favour.

Law Firm of the Year

AZB, which advised 47 private equity deals and helped stitch together over 56 mergers and acquisitions during 2016 was a natural choice in the law firm category at the VCCircle Awards.

Co-founded by Zia Mody, Ajay Bahl and Bahram Vakil AZB continued to top the chart for both M&A and PE deals for the second year in a row riding on the sheer number of deals it played party to.

In 2016, the firm had also advised many marquee transactions, including the proposed merger of the life insurance businesses of Housing Development Finance Corporation (HDFC) Ltd and Max Financial Services Ltd, which may see the creation of India’s largest private-sector life insurer.

The law firm had also advised the private equity fund managed by Goldman Sachs for its investment in Essel Group for close to $220 million. This was the Wall Street firm’s first investment in India’s road sector and one of the biggest fund raising exercises for the segment.

With 70 partners and 400 lawyers, AZB & Partners have also advised American Tower Corp’s acquisition of Viom Networks Ltd, Ambuja’s acquisition of a majority stake in ACC, and the Indian merger of Lafarge and Holcim. Billdesk’s fundraising from Temasek and General Atlantic, and the acquisition of minority stakes by Bain Capital, GIC and Advent International in QuEST Global Services, were the other high points for the firm.