Demonetisation: Why you may soon have to answer the taxman 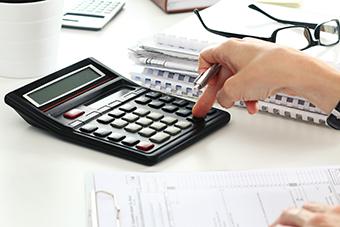 Did you deposit Rs 10 lakh or more in old currency after 8 November last year in one or more bank accounts? If you did, be prepared to answer the taxman.

The Economic Times newspaper said in a report that, over the next fortnight, the income tax department will ask all people who deposited Rs 10 lakh or more in their accounts to explain the source of their funds. The report said that 1.5 lakh accounts received Rs 10 lakh or more after Prime Minister Narendra Modi scrapped Rs 500 and Rs 1,000 notes on 8 November.

How will you be asked to file your response?

The news report said that a new e-platform put in place by the Central Board of Direct Taxes will be used for this. The IT department can also ask people for additional information, if required.

How many such cases of suspicious deposits have the tax authorities found?

The report said that 1.5 lakh account holders have deposited Rs 10 lakh or more in their accounts. Moreover, deposits in as many as one crore accounts, belonging to 75 lakh people have aroused suspicion of the tax authorities, the report added. It also said that the 1,100 searches carried out since 8 November have yielded Rs 600 crore in cash, of which Rs 150 crore is in new currency.

Can I be under scrutiny even if I have not deposited any cash?

Yes, as a VCCircle report pointed out earlier this month, the taxman is using big data to scan all high-value purchases made after 8 November. This means that if you bought a car or jewellery or any other high-value item, you could be asked to explain the source of funds.

An earlier Economic Times report, citing officials, had said that the income tax department was working on an â€œonline mechanismâ€ which would match high-value transactions with Permanent Account Number (PAN) data, to determine if people made expensive purchases beyond their known income.

Further, a 27 December report by India Today said that car purchases are certainly under the scanner. The report said that car dealers who have shown large cash deposits and high sales figures in November have been sent notices asking them to submit details of their customers. The report said that every car purchase after 8 November is under the income tax scanner and that customers could begin getting notices.

Apart from auto, jewellery purchases are under the lens. A 29 December report by The Times of India from Kolkata said that anomalies of more than Rs 100 crore seem to have occurred in gold purchases soon after the 8 November announcement, with as many as 5,000 â€œghost customersâ€ being reported from one outlet alone.