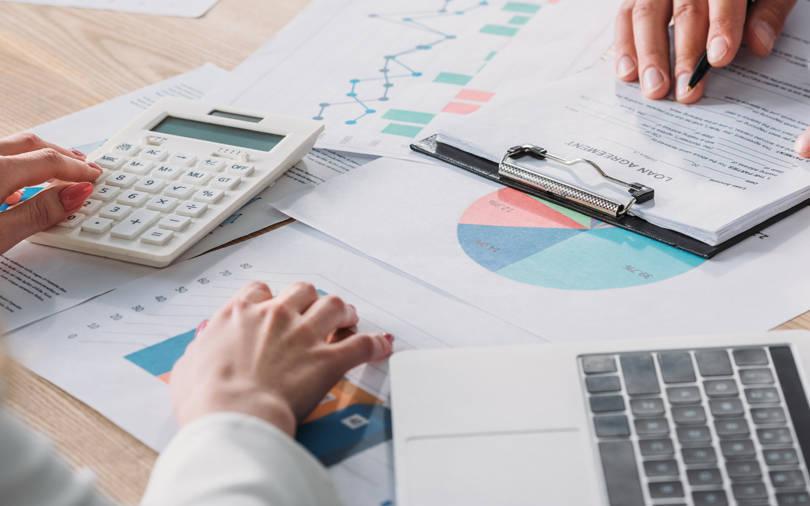 India will soon set up the long discussed ‘bad bank’ or an asset reconstruction company (ARC) to address rising non-performing assets (NPAs) on the balance sheets of banks and non-bank lenders.

In her Union Budget 2021 speech on Monday, finance minister Nirmala Sitharaman announced the so-called bad bank as part of the exercise to clean up the growing quantum of bad loans largely on the books of  public sector banks.

“An Asset Reconstruction Company (ARC) Limited and Asset Management Company (AMC) would be set up to consolidate and take over the existing stressed debt and then manage and dispose of the assets to Alternate Investment Funds (AIFs) and other potential investors for eventual value realisation,” Sitharaman said in the speech.

“The high level of provisioning by public sector banks of their stressed assets calls for measures to clean up the bank book,” she added.

“It's a great step as there are multiple lenders and aggregation of debt was a huge problem. And, till the time the debt gets aggregated and lenders agree, the price put on the table initially fails to be relevant as significant times passes by till the deal actually gets closed,” said Aswini Sahoo, chief investment officer of ARCIL or Asset Reconstruction Company (India) Limited, which is backed by US investor Avenue Capital and is among the oldest ARCs in the country.

The move will ease decision making and bring timely resolution to bad loans, he added.

The Reserve Bank of India (RBI), in its Financial Stability Report released last month, warned that the gross NPA ratio may increase from 7.5% in September 2020 to 13.5% by September 2021 -- among the worst since 1999 and one of the highest among major economies.

"The ratio may escalate to 14.8% under a severe stress scenario. This highlights the need for proactive building up of adequate capital to withstand possible asset quality deterioration," the RBI report said.

As per the government, the current ARCs and AMCs are not adequate to handle the existing stock of bad loans. Public sector banks would initially put in capital into the new company and the government expects to attract both private investors and banks to pitch in with more capital.

The bad bank concept has been deliberated upon over the past few years by the government along with several industry experts. In July 2018, the Centre formed a panel of current and former bankers under the Sashakt Committee led by veteran PSU and foreign banker, Sunil Mehta, who is currently the non-executive chairman of Yes Bank.

Last year, Indian lenders revived the discussions of setting up an asset management company and an alternative investment fund of around Rs 10,000 crore to acquire bad loans.

With COVID-19 expected to further accelerate the pile of distressed assets, the ‘bad bank’ was one of the announcements expected by industry players in the budget this year.

ARCIL’s Sahoo, however said there was also no need to create a separate ‘bad bank’ with taxpayers’ money as there are large ARCs like his firm, which are well capitalised and have intellectual capital that can be developed further.

“For instance, ARCIL has developed data analytics that can help pricing, strategise, etc. Like us there are some large ARCS whose existing infrastructure and expertise can be used. ARCs are also attracting foreign investors and capital. So rather than create a new one, we could expand the scope of existing ARCs,” he said.

Currently, there are almost 29 ARCs established in the country, out of which only 7-8 firms actively purchase bad loans from banks and financial institutions and very few are able to effectively resolve and turnaround the stressed companies after acquisition.

ARCs were created for exactly this purpose under the Securitisation and Reconstruction of Financial Assets and Enforcement of Security Interest (SARFAESI) Act, 2002. They were set up as the prime vehicles for securitisation of debt and hence were allowed to bring NPAs on to their books with a combination of cash and security receipts (SRs) in the 15:85 ratio (earlier it was 5:95). The SRs continue to be held in the name of the bank, through a trust structure created by the ARC, and can be redeemed once the assets are turned around. Meanwhile, the percentage of SRs used to pay the bank represents the share of risk that continues to be borne by the bank even after the NPA sale.

As of now, the assets under management of ARCs amount to Rs 1-1.5 trillion, or in the range of 10-14% of the stock of NPAs, according to industry estimates.

However, with the passing of the Insolvency and Bankruptcy Code (IBC) and slower resolution by ARCs, the debt purchases by ARCs have slowed down over the past 1-2 years and banks are demanding full cash transactions to avoid the risk of holding SRs that delayed recoveries.

The finance minister gave a further push to provide funds for capital-starved banks to further consolidate the financial capacity of banks owned by the government and another round of recapitalisation to the tune of Rs 20,000 crore was proposed by Sitharaman for fiscal year 2021-22.

For the current year 2020-21, a similar amount was infused as compared to Rs 70,000 crore during 2019-20. The capital infusion is being reduced over time to leave it up to the lenders to raise funds from the market depending on the requirements thereby reducing their dependence on the Centre.

The budget, to ensure faster resolution of cases under the five-year old bankruptcy law, also announced that the NCLT (National Company Law Tribunal) framework will be strengthened, e-Courts system shall be implemented and alternate methods of debt resolution and special framework for MSMEs (micro, small and medium enterprises) shall be introduced.

Further, to improve credit discipline while continuing to protect the interest of small borrowers, for NBFCs with minimum asset size of Rs 100 crore, the minimum loan size eligible for debt recovery under the SARFAESI Art was proposed to be reduced from the existing level of Rs 50 lakh to Rs 20 lakh.