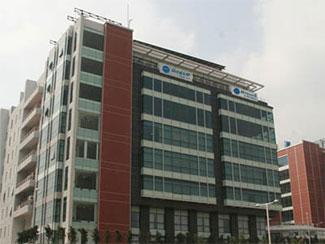 Blackstone Group, the US-based private equity firm, has entered into a definitive agreement to buy up to 60.48 per cent of Bangalore-headquartered IT services firm Mphasis Ltd from Hewlett Packard Enterprise (HPE) for Rs 5,466 crore ($827 million).

The deal, Blackstone's largest in India, comes close on the heels of its September buyout of UK firm Serco’s India-based business process outsourcing operations for $385 million that helped it emerge as a major force in the $26 billion Indian BPO industry. The world's top PE firm had previously also invested in IT company CMS Info Systems and last year sold it to Baring Private Equity Asia.

The PE giant, which has been busy doing mostly real estate deals in the country in the past two-three years, said it will first buy at least a 50.27 per cent stake in Mphasis from HPE for Rs 4,566.2 crore ($690 million). The proposed buyout has set off a mandatory offer for the purchase of an additional 26 per cent stake from public shareholders, which could push up the overall deal size to as much as Rs 7,071 crore ($1.1 billion).

Mphasis shares were trading around Rs 453.5 on the BSE at 11.25 a.m. in a strong Mumbai market on Monday. Its share price had shot up by a third to cross Rs 500 each last October even as the benchmark stock indices corrected sharply from the highs, as rumours about HPE's exit started floating.

Given that the offer price is not at any significant premium to the current market price, it may not find many takers. This would mean that HPE--spliced from Hewlett Packard's devices business a few months ago--will have to sell its entire stake to Blackstone.

The deal is expected to close within a few months, subject to closing conditions and regulatory approvals. JM Financial is managing the open offer for Mphasis on behalf of Blackstone.

The control PE deal is a rarity in India, where most private equity transactions are for growth equity and involve minority stake purchases. The deal comes bundled with a master service agreement that requires HPE to commit a minimum revenue amount escalating year over year and totaling $990 million over the next five years.

Mphasis will also be included in HPE’s preferred provider programme, opening up significant additional revenue opportunities, according to a statement.

This could mark the biggest deal by a single conventional buyout firm--as private equity firms are known in the developed markets--in India to date. However, there have been several larger India-related PE-style deals involving other investors including sovereign wealth funds and club deals involving more than one PE investor.

The Singapore government's private investment arm Temasek holds the record for the biggest such transaction when it invested around $2 billion in a holding arm of Bharti Airtel Ltd in 2007. Bharti Airtel later also attracted $1.2 billion capital from Qatar Foundation Endowment.

In other prominent deals, Bain Capital joined hands with Singapore sovereign fund GIC to bet $1 billion on NYSE-listed Indian BPO firm Genpact Ltd ($850 million was from Bain alone) and around $850 million in a holding firm of Hero MotoCorp Ltd.

In a larger club deal, a consortium of investors including KKR, Temasek and others had put in $1 billion in Bharti Infratel Ltd in 2007.

In rupee terms, however, Blackstone's purchase of Mphasis could be the second-largest deal ever depending on the success of the open offer. The Indian currency has depreciated sharply against the US dollar since Temasek's mega deal with Bharti Airtel nine years ago.