Private equity giant Bain Capital Partners has picked around 5 per cent stake in L&T Finance Holdings Ltd from Larsen and Toubro Ltd (L&T) for Rs 600 crore ($90 million) and has proposed to buy 5.27 per cent stake more through a preferential allotment worth Rs 708 crore (approximately $107 million). 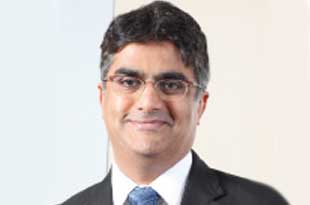 As on June 30, 2015, L&T owned 72.93 per cent equity stake in the company, while the remaining is held by public shareholders. It sold 5 per cent on Monday through a bulk deal on NSE. The stake was picked by Bain in a transaction routed through a portfolio investment arm of Citigroup.

Earlier in the day, L&T said it has received an offer from an unnamed investor to buy some of its shares in L&T Finance. It added that it is evaluating the offer and may sell up to 5 per cent stake.

Sources privy to the development had told VCCircle that Bain Capital was holding discussion to buy this stake from L&T through a secondary transaction.

Post the preferential allotment, Bain would own around 10 per cent while L&T's holding will shrink to 64.37 per cent.

In a response to an email query, Bain Capital spokesperson declined to comment. Separate email query to L&T did not elicit any response till the time of filing this report.

For Bain Capital this would be the first new India deal in almost two years after it bought a stake in drugmaker Emcure from Blackstone. It is also its first transaction in the financial sector.

The firm has been investing in the country for the last six years according to VCCEdge, the data research platform of VCCircle. The PE firm has had a mixed record in the country with one deal going wrong (Lilliput Kidswear) and one deal being underwater (Himadri Chemicals). However, it has made a profitable part-exit from Hero MotoCorp and is sitting on a huge upside in another investment in Genpact.

The firm has a presence in 23 states of the country and operates in five business groups including infrastructure finance, retail finance, corporate finance, investment management and housing finance.