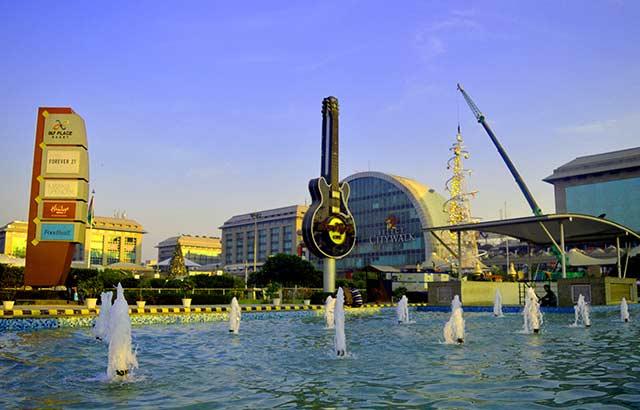 In one of the largest deals in the retail real estate market in India, Dutch pension fund asset manager APG Asset Management and Virtuous Retail, the retail development arm of The Xander Group, have partnered to form a joint venture worth $450 million, the companies said in a statement.

The joint venture has acquired an initial portfolio of three retail assets from a Xander-sponsored fund in a transaction valued at Rs 2,000 crore ($300 million). VCCircle had recently reported that the Dutch investment fund would buy majority stake across three properties – VR Surat, VR Bengaluru and VR Chenna (upcoming) – for anywhere between Rs 2,000 crore and Rs 2500 crore.

The APG-Xander joint venture has 77% equity investment from APG while the rest is owned by The Xander Group. The statement said two partners will have equal representation on the board of the new company which will be chaired by Sid Yog, founder of Xander and Virtuous Retail.

Apart from shelling out $300 million for the three assets, APG has committed an additional $150 million as equity capital, giving the new company an investment capacity of $300 million that will be used to expand the portfolio through new acquisitions and green-field development.

Headquartered in Singapore, VRSA will be the partners’ exclusive, integrated retail mall developer, owner, operator and asset manager for India.

The statement said Rohit George, who was responsible for overseeing Xander’s retail portfolio in India, has relocated to Singapore and joined VRSA as managing director and an executive director on the board.

"This is a landmark transaction for Indian retail real estate at a time when the sector is at an inflection point,” said Sachin Doshi, managing director and head of private real estate investments for Asia-Pacific, APG. “With the arrival and expansion of major global and domestic brands, coupled with a severe shortage of high quality malls, we believe organised retail is in early stages of take-off in the country. This transaction allows us to get immediate scale and access to a portfolio of dominant shopping centres and management capability through the integration of VR’s Indian management and operating platform into VRSA,” he said.

Virtuous Retail currently has a portfolio of 3.5 million square feet across three flagship centres that will continue to operate under the VR flag. It now seeks to add centres in key markets, including the National Capital Region of Delhi, the Mumbai Metropolitan Region and Hyderabad.

Sid Yog said, “By partnering with APG, a likeminded long-term investor, we take a big leap forward in the evolution of VR’s Indian platform. The transaction creates a self-managed operating company, in line with successful global trends of well capitalised ventures with clearly defined strategies, not limited by fund life.”

“We are proud to launch a new and exciting next phase for VR in India, as an end-to-end, evergreen platform of substantial scale, and most importantly, as the sub continent’s leading institutional retail real estate company,” he said.

Investors on a shopping spree

APG’s interest in the retail real estate market comes at a time when other global investors, too, have ramped up their activity in the segment. Blackstone Group, one of the biggest owners of commercial properties in India, is now lapping up malls and has created a separate platform—Nexus Malls–to house these assets.

Singapore sovereign wealth fund GIC recently bought a majority stake in Sheth Developer’s Viviana Mall in Mumbai and is out in the market to evaluate a number of deals. As reported by VCCirle, Canadian fund CPPIB is exploring talks with The Phoenix Mills for a retail segment play in the country.

Indeed, rental assets have been on the radar of large institutional investors in the Indian real estate sector. While the residential market reels under a slowdown on the back of a fast-paced price rise in the past and project delays turning off buyers, the commercial property market has been on a good run.

Rental properties, which comprise both commercial office assets and retail malls, promise to be a lucrative business as India’s economy grows at the fastest pace among major economies in the world. Although growth in the industrial sector is tepid, the services sector has led demand for office properties in large cities. A rise in disposable income has also made retail malls a big opportunity for foreign investors.

In a recent note, realty advisory firm JLL said supply of Grade-A malls jumped in 2015 after three dull years. It said malls experienced a “healthy” rate of pre-commitments and a “remarkable” occupancy level. “Despite a rise in completions in 2015, the vacancy rate fell across major cities of India,” it noted.

The JLL note added that mall rents, which had mostly remained stagnant during 2012-14, had risen since the new central government took over in May 2014.