Headhunting firm Accord to merge with Stanton Chase India franchisee 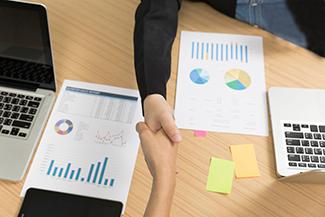 Family-run recruitment services providers Accord Group and Stanton Chase India are merging operations in a bid to widen their reach in the country and across the globe, according to media reports.

The combined entity will be called ‘Accord’ and will be chaired by Bish Agrawal, who is chairman of Stanton Chase India, The Times of India and Mint reported. His daughters Sonal Agrawal and Toral Patel will continue as managing partners in the new entity, the reports said.

Post the merger, the promoter family will give up the India franchise for Stanton Chase International and merge the business with Accord Group India,

The merged business will be brought under AltoPartners' global network, she said. Accord India is a founding partner of AltoPartners, an international alliance of executive search firms.

However, she said it is not known who will take up the India franchise for Stanton Chase International.

Separately she told Mint that the new entity plans to launch a range of complementary services to help serve clients and candidates.

The new Accord business will have teams across Mumbai, Delhi, Gurgaon, Bengaluru, Chennai and Kolkata.

Stanton Chase India, which was founded in 1999, provides executive search services. It has seen some changes over the years. The venture was led for sometime by R Suresh, who sold his franchise along with two other companies – NuGrid Consulting and Orane Consutants – to the search arm of Japanese company Recruit Holding -- RGF Executive --  for about Rs 150 crore in July 2013. Later, the Agrawals took over the franchise operations for Stanton Chase India with founder Bish Agrawal as its chairman.