The development was first reported by The Economic Times. Biju Asokan, the company's CEO, confirmed the funding but did not share any details. Agentdesks would use the money to strengthen its engineering team based out of Bangalore. 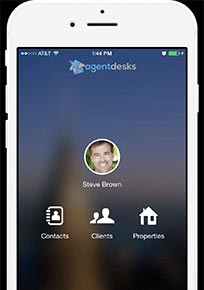 Agentdesks also has presence in San Francisco and focuses primarily on the US market, where most of its 1,800 active users are based.

Agentdesks competes with the likes of Bangalore-based HomeBuy360, a sales life-cycle management platform that connects developers, agents and buyers, which was acquired by Housing.com in August.

The Indian online realty market is dominated by Info Edge’s 99acres and Times group-owned MagicBricks. PropTiger, CommonFloor, Housing and IndiaProperty are among other major players.

PropTiger is partly owned by News Corp which acquired the parent of this website in March.