What’s ‘hyperloop’ and can it really solve India’s transport woes? 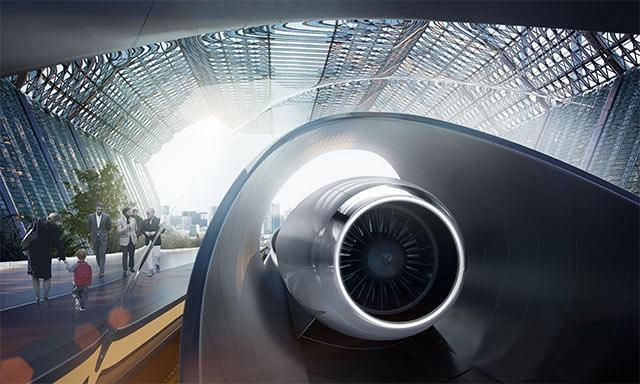 On Wednesday, news reports said that Hyperloop Transportation Technologies (HTT), a US start-up, is in talks with the Indian government to run trials in India.

HTT was founded in 2013 by Dirk Ahlborn and Bibop Gresta, co-founders of California-based business incubator JumpStarter Inc. Ahlborn, in his capacity as chief executive of JumpStarter, used the firm’s crowdfunding platform JumpStartFund to set up HTT.

Based on the concept of hyperloop as introduced by Tesla founder Elon Musk, who is not affiliated with the firm, HTT hopes to revolutionise long distance travel, by cutting hours of travel time to minutes. But what really is the proposed ‘hyperloop’ and can it really solve India’s travel woes? Here’s all you wanted to know.

So, what is hyperloop and what’s the technology behind it?

The hyperloop is essentially a futuristic train that aims to move a large number of people, across big distances, in the shortest possible time - basically transporting people in the blink of an eye. In the words of Ahlborn, hyperloop is “very similar to an airplane on high altitudes.” Basically, it will involve the use of pods (a magnetic levitation train) that will carry people at very high speeds, inside a partial vacuum, low pressure transit tube. “You have a low pressure environment inside a tube, a capsule that doesn’t touch anywhere, covers, and then because of low pressure, doesn’t encounter a lot of resistance,” Ahlborn had told CNN last year. The hyperloop is actually based on the ‘very high speed transit’ technology that was first proposed in 1972.

At what speeds can the hyperloop move people in future?

The proposed speeds could go as high as 700 miles per hour. To put that in perspective, it will be more than twice the speed of sound and higher than that of the Concorde, the now defunct supersonic passenger jet.

How far have India’s talks with HTT gone?

HTT chairman Bibop Gresta has reportedly said that his company has submitted a proposal before union transport minister Nitin Gadkari for a Mumbai-Pune high speed transport system. If this proposal is accepted, the company says its feasibility study will take six to eight months, following which, it could begin operations in 38 months. Gresta says that building such a track could cost about $40 million per kilometer. In September this year, Gadkari had invited Musk to test run the system between Mumbai and Pune and had promised them a tract of land for the same, although nothing concrete seems to have happened since then.

But what will the hyperloop cost?

We don’t know that, but Gresta seems to suggest, it will be lower than the cost for a bullet train. In an interview with The Economic Times, he says that India will be better off going for the hyperloop than betting on bullet trains. “I think it (bullet trains) would be a big mistake for India. India has the potential to really embrace new technologies. Put $1 billion in Hyperloop. And you have a faster, more efficient way to transport people,” the newspaper report cites him as saying. The same news report says that the first bullet train in India is expected to become operational by 2023 between Mumbai and Ahmedabad, and could cost $12 billion. India has also been testing the semi-high speed Spanish Talgo trains, which could ply on Indian tracks much sooner than bullet trains.

Will such a system be affordable?

Gresta claims it will be. He says that a single tube may carry as many as 1.44 lakh people at intervals of 40 seconds, and that a ticket for a 500 km distance may cost under $30. So, although middle class India will certainly be able to afford it, for occasional or business travel, it may not really suit your pocket if you want to commute for work daily, across cities.