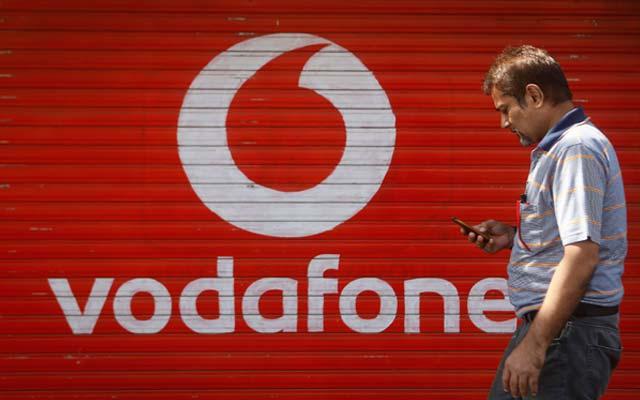 Vodafone Group Plc is in talks to merge its India unit with local rival Idea Cellular Ltd in a development that could create the country’s biggest telecom operator and threaten top carrier Bharti Airtel Ltd as well as the fast-growing Reliance Jio Infocomm Ltd.

The British telecom operator and Idea Cellular, in separate statements on Monday, confirmed they were in discussions for an all-stock merger but said there was no certainty of a transaction.

Vodafone said any deal would be sealed through the issue of new shares in Idea to Vodafone. This means that the deal would lead to Vodafone India listing on local bourses. Such a deal would also enable Vodafone Group to take the India unit off its books, it said.

Idea—backed by US private equity firm Providence Equity Partners—said the talks were based on equal rights between its parent, Aditya Birla Group, and Vodafone.

Idea shares soared on the announcement and closed 26% higher on the BSE in a flat Mumbai market. Bharti shares jumped 7.5% on the BSE while Vodafone’s shares in London rose 2.6%.

The discussions do not include Vodafone's 42% stake in telecom towers company Indus Towers, the UK company said. Indus Towers is a three-way joint venture among Vodafone, Bharti and Idea; Bharti also has a 42% stake in the tower operator while Idea owns the remaining.

The development comes at a time when Reliance Jio—controlled by billionaire and India’s richest man Mukesh Ambani—has thrown India’s telecom industry into a price war after its launch in September last year. The price war has hurt profit margins and market share of incumbents such as Bharti Airtel, Vodafone and Idea.

Vodafone has had a rough ride in India ever since it entered the country in 2007 by acquiring Hutchison Whampoa’s local business for almost $11 billion. The acquisition also threw Vodafone into a legal battle with Indian authorities, who demanded nearly $2 billion in taxes. The company disputes the tax demand.

The price war triggered by Reliance Jio had prompted Vodafone late last year to write down the value of its Indian business by 5 billion euros ($5.5 billion). This pushed Vodafone Group into the red; it posted a net loss by the same amount for the six months through September.

A merger would also mean a backdoor listing of Vodafone India, according to brokerage CLSA.

Vodafone had been looking to list shares of its India unit for the past few years. The company said in 2015 that it had started preparing for the IPO but late last year it said the share sale would not happen this financial year.

In April 2016, Vodafone India had finalised Bank of America Merrill Lynch, Kotak Investment Banking and UBS as the joint global coordinators for its public offering, with Deutsche Bank, HSBC and ICICI Securities as the joint book runners, according to a Reuters report.

Vodafone and Idea are currently second and third largest but a merger would catapult their combined market share of wireless users in India to about 36%, higher than Bharti’s 24%, based on data for October 2016 released by the Telecom Regulatory Authority of India this month.

According to a 17 January report by brokerage CLSA, a deal could boost the merged entity’s operating margin by 25-30% due to savings in network and other costs as well as lower net debt. The combined entity would have a market share of 43% in terms of revenue, the report said, adding Bharti has a share of 33% and Reliance Jio is likely to have a share of 13% by 2019.

A combination may trigger competition concerns as the merged entity may be dominant in some circles, said Prashant Singhal, global telecom leader at audit and consulting firm EY.

But most analysts said the Competition Commission of India is unlikely to block the potential merger as the Indian telecom market is hyper-competitive.

CLSA said that a combined entity would exceed revenue market share, subscriber market share and spectrum caps in five of the 22 telecom service areas India is divided into.

Amitabh Kumar, partner at law firm J Sagar Associates, said the CCI looks at competition in the “relevant market” after a transaction. In the telecom sector, each circle is a relevant market.

“If there is effective competition or potential competition, then the CCI will approve a merger. Also, the CCI’s track record is good in terms of approving the mergers… there have been few conditional approvals entailing divestiture to close the deals.”

The merger already has the support of one key competitor—Bharti Airtel’s Sunil Mittal, who told BloombergQuint on 20 January that the Vodafone India–Idea Cellular merger would be a ‘perfect match’. “The strength and weaknesses match very well. Rural-urban, structured portfolio...makes for a good business case and I would support it," Mittal said.

Consolidation in the telecom sector

If the merger goes through it would be the biggest consolidation activity in India’s telecom sector. It would also trump the mergerof the wireless operations of Reliance Communications Ltd, controlled by Mukesh Ambani’s brother Anil, and Aircel Ltd that created India’s fourth-largest telecom operator.

Reliance Communications and Reliance Jio have also been trading and sharing spectrum assets, which Anil Ambani had labelled as a ‘virtual consolidation’.

Meanwhile, Norway-based Telenor has been in talks with several telecom players including Bharti Airtel to sell its India business, The Economic Times reported recently.