VCCEdge has released its Monthly Deal Update for January 2011.

- The median deal amount and the average value of private equity deals was $8 million and $18 million respectively.

- Utilities and Financials were the most targeted sectors for investment recording deals worth $139 million and $118 million respectively.

- The average deal size increased drastically from $79 million in January 2010 to $92 million.

- Information Technology and Energy were the most targeted sectors with deals worth $1,078 million and $875 million respectively. 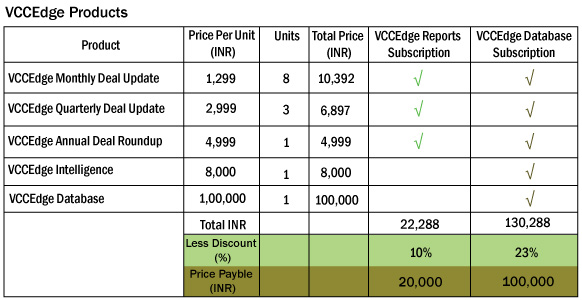