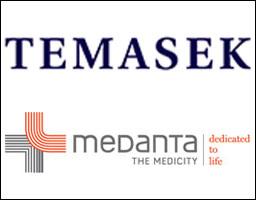 The firm had been looking to sell its stake for a while and previously had indicated it was looking to seal the transaction by June 2014.

This stake was valued around Rs 650 crore ($105 million), based on the last transaction in the firm in late 2013. Separate media reports had said that it is worth around Rs 700 crore ($113 million), citing sources.

A year ago media reports had said that the company is in talks with the US-based private equity firm Kohlberg Kravis Roberts (KKR) to divest its holding for nearly Rs 654 crore, to cut down its debt. KKR had recently backed a holding company of the promoters of Apollo Hospital Enterprises, which gives it an option to pick direct stake in India’s largest hospital firm.

Medanta is co-promoted by Sunil Sachdev and Naresh Trehan who jointly hold nearly 54 per cent stake in the hospital. The hospital has a capacity of 1,250 beds and over 350 critical care beds and 45 operation theatres.

In December 2013, another US-based PE firm Avenue Capital exited Medanta by selling its 26 per cent stake to The Carlyle Group for around Rs 960 crore. Carlyle also invested some money directly into the company through a fresh issue of shares.

Delhi-based Punj Lloyd—which operates in 22 countries—is cutting down its debt by selling its non-core assets.

In other significant PE deals in the hospital space over the last one year, UK's CDC has just backed Narayana Health (formerly Narayana Hrudayalaya) with $48 million just ahead of its proposed IPO; WestBridge, Sequoia and GIC invested $50 million in Vasan Healthcare while existing investors Olympus Capital and IVFA put in $60 million more in Aster DM Healthcare.

For Temasek, this marks the first deal this year after sealing half of a dozen transactions in 2014. Last year it invested Bajaj Corp, Intas Pharma, Star AgriWarehousing & Collateral Management, M&M Financial, Snapdeal and Devyani International.

In the healthcare space it has backed names like Bangalore-based HealthCare Global Enterprises Ltd (HCG), which runs an oncology services chain. Many years ago it had also invested in Apollo Hospital Enterprises, though it now counts it as an old portfolio firm. Interestingly, Temasek had previously also invested in Punj Lloyd, from which it has now bought the stake in Medanta.