Tata Sons opens nodal office in Singapore for ASEAN, ropes in Shankar Venkateswaran from PwC as head of sustainability 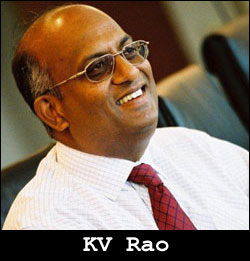 Tata Sons Ltd, the holding arm of the diversified business conglomerate, has set up a new office in Singapore for the ASEAN region and appointed KV Rao as resident director for it, as per a company statement issued on Thursday.

ASEAN represents close to a dozen Southeast Asian nations and the Indian business group has expanded in the region through a mix of acquisitions of firms such as NatSteel, Millennium Steel and coal mines in Indonesia besides organic growth.

This is the fourth international hub office for Tata after the group set such units in the UK, the US and Africa. “The office will further enhance and strengthen Tata Sons’ engagement with the stakeholders in the ASEAN region, facilitating Tata group companies’ growth, including through a focus on innovation, R&D and technology,” it said on Thursday.

The office would be headed by Rao, who has been a resident of Singapore for 18 years. He has served in the Singapore Civil Service as a director with International Enterprise Singapore. He is on the executive committee of the Singapore Indian Development Agency, the Singapore Fine Arts Society and serves as vice chairman of the South Asia Business Council of the Singapore Business Federation.

He also continues to serve as managing director of Trust Energy Resources, a Tata Power subsidiary. 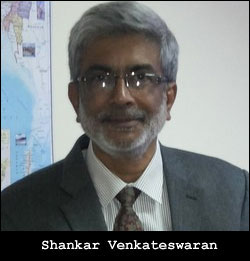 Venkateswaran will be responsible for guiding the group on sustainability and corporate responsibility initiatives and will directly report to Mukund Rajan, member, Group Executive Council, and brand custodian and chief ethics officer at Tata Sons.

Before joining Tata Sons, Venkateswaran was with PricewaterhouseCoopers (PwC) India as director, sustainability. A mechanical engineer from IIT Madras and an MBA graduate from IIM Calcutta, he has over 31 years of experience in the corporate and development sectors.

He has held board positions at Srijan, ActionAid India, ActionAid Ghana, Tata Chemicals Society for Rural Development, Tata Power Community Development Trust and Aatapi Trust. He was also a member of the guidelines drafting committee for the National Voluntary Guidelines for responsible business.