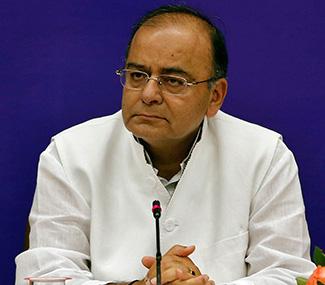 Describing the Non-performing asset (NPA) situation of public sector banks as still challenging, Finance Minister Arun Jaitley on Friday said "greater initiative" is needed by them in cases where it is difficult to find buyers or "alternative promoters" for assets that have accumulated bad loans.

"One of the challenges which the banks did mention that they are facing...to find alternative promoters or buyers.

They have been making efforts to do that," he said after meeting the heads of PSU banks here.

The minister also expressed the hope that once situation improves, banks will be able to pass on full benefits of RBI's rate cuts to the customers.

He further said that the Reserve Bank will take into the account the decline in retail inflation while deciding on interest rates at its policy review meeting on October 4.

Elaborating on the non-performing assets (NPAs) of public sector banks (PSBs), Jaitley said both the government and RBI have taken several initiatives and legislative measures including enactment of the Bankruptcy law, changes in the Sarfaesi Act and DRT.

"Therefore with these effective steps, the banks will now have to take the intivative...the NPA situation is certainly not either static or permanent," he said.

With regards to challenges in finding alternate investors for bad assets, Jaitley said: "I think one of the points which was emphasised was that in some cases it has to be done with a greater initiative and if necessary...the lead bankers with the support of the department of financial services would also do the coordination for that purpose (selling of NPA)."

Banks should also keep in their mind the larger interest of the economy while selling assets, he said, adding that asset sale should not stop or paralyse the running establishments because that may itself lead to waste of the investment and also result in job losses.