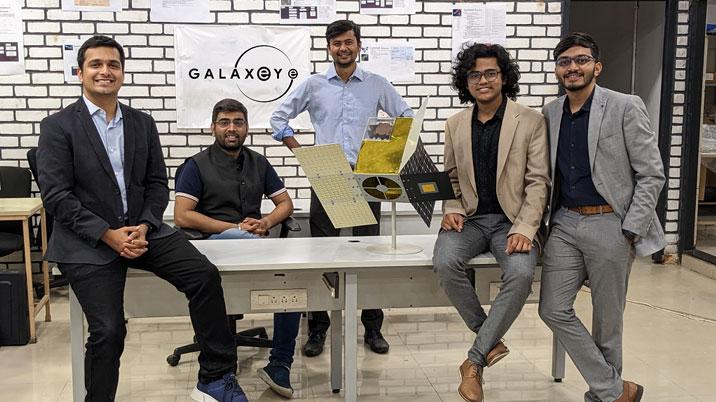 Spacetech startup GalaxEye Space has raised a $3.5 million in a seed round led by deeptech-focused venture capital firm, Speciale Invest.

The startup aims to increase hiring as well as accelerate the launch of the world's first multi-sensor satellite for earth observation.

“We will be seeking an additional round of funding of the order of $15-25 million in 2023 to add more satellites to our group as our business grows,” said Suyash Singh, founder, and chief executive officer, GalaxEye.

The spacetech startup also announced the availability of the company’s flagship product, featuring multi-sensor imagery via modern satellites. The data fusion technology developed in-house will bring insights and data from space, enabling satellite constellations to perform all-weather imaging at all times without atmospheric interference, according to a statement.

GalaxEye claims that its technology will enable the production of images in high resolution via a satellite constellation.

The IIT Madras incubated startup was founded in 2020 and was started by a group of entrepreneurs emerging from Avishkar Hyperloop, a team of scientists brought together via global competition organized by SpaceX.

The company previously raised an undisclosed amount in a pre-seed funding round led by Speciale Invest in May 2021.

GalaxEye has already signed partnerships and commercial contracts with several organizations in the space tech ecosystem, including US-based space software provider Antaris. The company plans to continue expanding its partnerships and customer base in the coming months and has submitted a proposal to IN-SPACe seeking support from ISRO.

The spacetech sector has seen a sizable gain in terms of funding in the past few years with Skyroot raising $50.5 million in a Series B round in September 2022. Like GalaxEye Agnikul Cosmos, an IIT Madras incubated spacetech startup, raised $11 million in a Series A funding round led by venture capital firm Mayfield India in May last year.