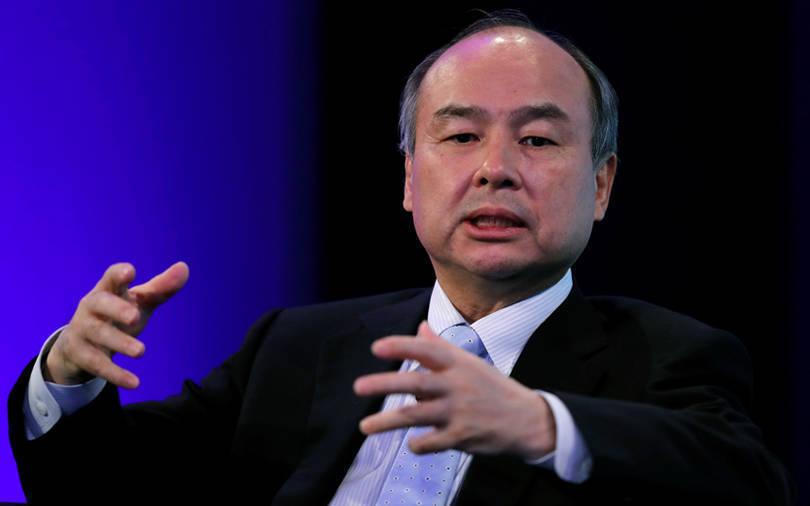 SoftBank Group, which reported a 43% compounded internal rate of return (IRR) over the last 20 years because it took a long-term view on entrepreneurs taking risks, is now more interested in "changing the future" by betting big on risk-taking technology entrepreneurs who are building new business models, chairman Masayoshi Son said at the Infinity Forum 2021 on Friday.

Son's remarks come in the backdrop of SoftBank Vision Fund’s recent earnings that have been volatile. It reported a $10 billion loss in Q2 FY22 (second quarter of financial year 2021-22) on the back of Chinese government's crackdown on tech companies after it reported a $6.9 billion profit in Q1 FY22, which was 39% lower than the profits reported in the corresponding quarter a year ago.

On the other hand, the $100 billion Softbank Vision Fund reported a record $36.99 billion in profit for financial year ended March 2021,  after a record $18 billion in losses the previous fiscal.

Son’s overarching theme was that the group is “not trying to make money; we are trying to change the future, taking risk together with entrepreneurs,” he said.  “There are so many great entrepreneurs of new technology business models. But I would like to support them by providing the risk capital... we are maybe crazy enough to believe their vision. Sometimes we lose the money, but sometimes we get great returns. Overall, our returns are bigger than the loss...,” Son said.

In India, SoftBank was an early backer in many tech companies such as Paytm, Ola, Oyo, and Snapdeal.

Paytm parent One97 Communications went public in November at Rs 2150 per share, but its share price crashed on debut and is trading well below issue price at Rs 1645 apiece from the IPO price.  Despite this, SoftBank is in profits as it invested very early into Paytm when the fintech business was valued at less than $2billion and subsequently at $7 billion valuation.

Its other portfolio companies Snapdeal, Oyo and Ola have all filed for public listings.

Over the last year,  it invested has invested in Saas firms such as MindTickle and Whatfix and other consumer tech investments including Cars24, Swiggy and Flipkart.

SoftBank has invested $3 billion in India this year, which Son said was funding 10% of all Indian unicorns this year.

Money is no longer a constraint for young entrepreneurs, Son insisted. "Nowadays, young people are fortunate. when i was young, there were no venture capitalists. . I had to go to borrow money from bank,  begging for money each month. .. Today, even if you are just a college student from a humble home. if you have an idea and lots of passion to bring your friends and partners...and create a business model and plan and then have a small start.

"If you can prove a little bit of things, and if you can explain a little bit better to some of the investors -- the money comes. money is no longer a constraint. It’s just your dream, passion, intelligence, focus, that’s all it takes,” he concluded.