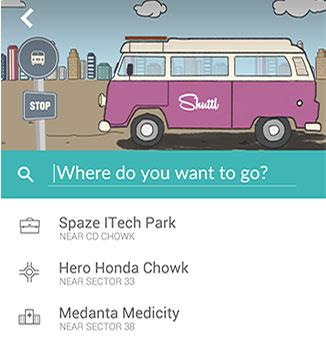 Techcircle.in had first reported the development earlier this month.

â€œWe believe buses are the most space efficient way to commute and we have added a technology layer on to them to build what could become a template for smart cities in India and abroad,â€ said Singh.

The price points for a ride range between Rs 20 and Rs 100. Within nine months of launch, Shuttl claimed to have completed over 8 lakh rides.

â€œWhat excites Lightspeed about Shuttl is the opportunity for the company to have massive positive social impact by helping address the problems of transportation, safety and pollution,â€ said Bejul Somaia, managing director at Lightspeed.

Shuttl had raised $3 million from Sequoia and angel investors in August, according to data from VCCEdge, the data research platform of VCCircle.

Bus pooling for daily commute or intra-city transport is a relatively new concept in India. A host of tech startups have started aggregating buses or mini-buses in recent months. These ventures are asset-light and do not own vehicles themselves but come across as a booking platform similar to taxi hailing apps Ola and Uber.

There is tremendous investor interest in this segment. Investors believe that bus pooling can become a popular mode of transportation in cities and that it can create a market opportunity equal to or larger than what cab hailing is today.

However, an early exception in this sector is Trevo, a bus aggregation startup based in the national capital region that shut shop after operating for barely a month. Trevo was launched in early October by IIT and IIM alumni Mayank Jain, Raghav Jain and Nikhil Vij. The trio had last year launched TalentPad.com, a technology recruitment marketplace that shut shop in August. Mayank and Raghav had previously formed a social referral startup called Zobtree that was also shut down.

The latest entrant in this segment is Mojo, which is operational on Dwarka-Gurgaon and Ghaziabad-Gurgaon routes in the national capital region.