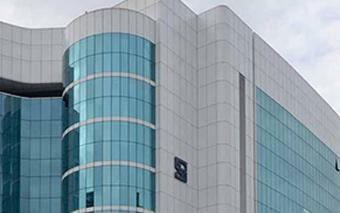 Capital markets regulator Securities and Exchange Board of India (SEBI) has initiated a discussion on rules regarding listing and trading of security receipts issued by asset reconstruction companies (ARCs), besides proposing to review regulations pertaining to stock exchanges and other market infrastructure institutions.

The listing of security receipts issued by ARCs on stock exchanges will help tackle the challenge of non-performing assets (NPA) that has been plaguing the banking industry, SEBI said in a statement.

SEBI’s board also proposed to shorten the gap between an initial public offering (IPO) and the listing of shares from six days (T+6) currently, in addition to giving access to institutional investors in commodity derivatives market, albeit in a phased manner. The market regulator’s board also proposed integrating commodity spot and derivatives market.

The marker regulator will also look into allegations that National Stock Exchange (NSE) has given preferential access to its co-location servers for algorithmic trading to some stock brokers.

“The concerns related to systems and processes at the exchange arising out of examinations are being addressed in consultation with TAC (technical advisory committee) and NSE’s board,” SEBI said.

SEBI’s board made the proposals at its meeting held in Delhi on Saturday.

Ahead of the meeting, board members and senior SEBI officials were addressed by Finance Minister Arun Jaitley on capital market reforms announced in the Union Budget on 1 February.

Saturday’s meeting was the last one under current chairman UK Sinha. Sinha, who has been SEBI chairman since February 2011, saw his term extended twice. Sinha’s current term ends on 1 March.

Besides Sinha, the meeting was attended by board members Tapan Ray, Arun P Sathe, S Raman and G Mahalingam.