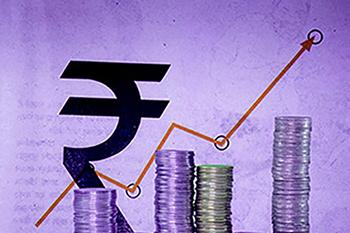 Saama Capital has made a final close of its third venture capital fund raising $57 million (Rs 390 crore), as per a US Securities and Exchange Commission filing.

The venture capital fund, which marked its first close last March under Saama Capital III,  was targeting to raise $50 million.

“We believe this is the right size for our strategy. Sectors we currently like are Software as a Service (SaaS), financial technology and consumer non-tech,” he added.

The Economic Times reported earlier in the day that Saama Capital has raised $57 million and it will continue to focus on seed and Series A stage investments. The report quoted Lilani as saying that a smaller fund size makes it easier to return capital to investors or Limited Partners (LPs). “We have publicly told our LPs we will never go over $100 million in fund size,” Lilani told the newspaper.

Saama Capital, which began in 2006 as part of SVB Capital Partners, was spun out as an independent firm in 2011 by founders Ash Lilani and Suresh Shanmugham. It had a corpus of around $54 million in its maiden fund but raised under half ($26 million) in its second outing in 2012-13.

Over time, Saama Capital has backed other diverse set of companies in technology and consumer sectors.

Saama Capital has already been investing out of its third fund. For instance, it reinvested in Veeba Foods in October 2016.

Its other investments include LendingKart and a queue management app Sminq India Solutions Pvt Ltd.

Its current portfolio includes consumer firms like RAW Pressery, tea chain Chai Point, in addition to tech ventures like EazyDiner, Bluestone and Naaptol. Saama Capital is also an investor in One97 Communications, which runs Paytm.

Despite a plunge in investments, the fundraising activity in the venture capital space, especially for technology focused firms has been quite robust.

In November, Accel Partners raised $450 million for its fifth fund under two years after raising its previous fund.

Blume Ventures, which also has an active presence in the seed-Series A stage of venture capital dealmaking, also raised its second fund.

Several others are on the road to raise new funds or have made interim close for their follow-on funds.