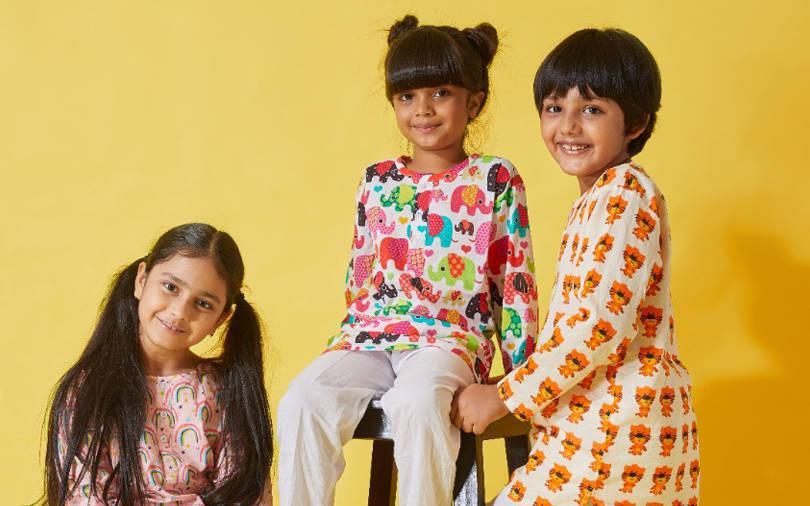 Frangipani, a kidswear label has raised an undisclosed amount in a Series A round of funding from Bengaluru-based G.O.A.T Brand Labs, co-founded by Flipkart’s former fashion head.

The Mumbai-based brand plans to utilise the funds to increase its presence in both local and global markets, the company said in a press statement. The investor is also said to be guiding the brand in digital marketing, operations, and channel expansion.

“Sunaina and Mansi, Frangipani’s founders, have built their businesses with great love and care. They have a very loyal base of consumers, including many Bollywood stars and their kids. Together, we will take this proposition to a much bigger audience with speed and efficiency. Kidswear is a market of great importance for us, and this is just our first step in that direction,” said Rishi Vasudev, Co-founder and CEO, G.O.A.T Brand Labs.

Sunaina Patel, who had earlier worked with Edelweiss Capital, and former Kotak Wealth Management executive Mansi Kilachand introduced this homegrown kidswear brand in 2012. It that claims to combine an international design philosophy with locally-sourced and manufactured products, the statement says.

“With the growth capital and operational support provided by the team, we hope to quickly realise Frangipani’s future potential of being a Rs 100-crore brand,” said Patel, co-founder of the brand.

In July this year, G.O.A.T raised $36 million (about Rs 268 crore) in a Series A funding round, led by Tiger Global and Flipkart Ventures, the early-stage venture fund of the homegrown ecommerce major.

GOAT Brand Labs follows a model similar to that of Thrasio, which acquires third-party private label brands on Amazon. Founded in 2018 by Carlos Cashman and Josh Silberstein, the company has become the leading player of a new breed of ecommerce startups, and has so far acquired around 125 brands on Amazon.

Vasudev is a veteran fashion retail executive, who has previously headed Flipkart’s fashion business, Lifestyle International, Home Center and Calvin Klein India. He was also associated with several other fashion brands like Madura Fashion & Lifestyle by Aditya Birla Group, and Arvind Brands. He served as the CEO of Lifestyle and Home Centre for a year, before officially starting GOAT Brand Labs.

Other entrants in the Thrasio-style business model category include FirstCry-backed GlobalBees; Mensa, which emerged as the first unicorn among third-party sellers on e-commerce platforms; Powerhouse91, 10club and Evenflow.

The business model is named after Thrasio Holdings Inc., a Massachusetts-based startup that bet on the concept of economies of scale by acquiring and consolidating third-party sellers on Amazon in the US, a model that helped them save on costs, while growing faster and giving founders an attractive exit after acquiring their brands, the statement said.