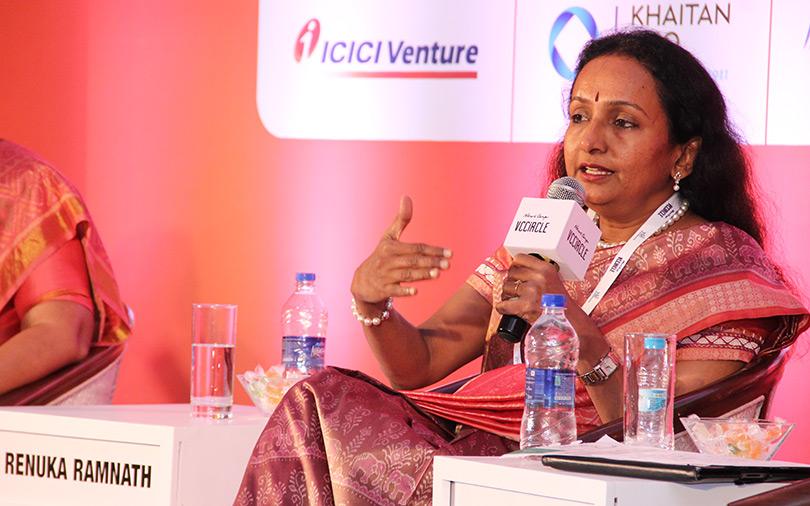 Renuka Ramnath, founder of private equity firm Multiples Alternate Asset Management, on Wednesday resigned from the advisory committee constituted by the board of Fortis Healthcare Ltd to evaluate binding bids for its sale.

An advisory panel set up by the Fortis board was scheduled to meet on Wednesday to evaluate multiple bids. It is set to submit its recommendations to the board on Thursday.

Fortis informed the stock exchanges late on Wednesday that Ramnath "excused herself from being the member of the committee due to her pre-occupation."

No further explanation was provided, with Fortis saying the vacancy would be filled.

However, a Mint report, citing regulatory filings, said one of the bidders - Sunil Kant Munjal - is an investor in Multiples' second fund. This posed a potential conflict of interest.

An email query sent to Ramnath late on Wednesday about the reasons for her exit did not immediately elicit a response.

Interestingly, Fortis announced the names of the committee members including Ramnath to evaluate the bids on April 19. This was one week after Munjal had joined hands with Burmans of Dabur to make a surprise bid for Fortis.

The company said that Ramnath’s resignation will be placed before the board on Thursday.

Ramnath's Multiples is in the process of  raising money for its third fund that would double the size of its assets under management to around $2 billion.

Update: This article has been updated to incorporate a plausible reason for Renuka Ramnath's decision to step down from the committee.