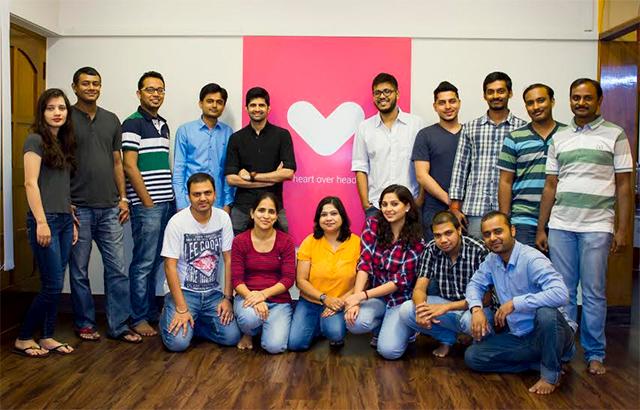 Vebbler Technologies Pvt. Ltd, which operates photo-sharing app Vebbler, has raised $500,000 (around Rs 3.3 crore) in angel funding from a group of 16 investors from India, Singapore, Hong Kong and the US, through LetsVenture that connects startups with angels and venture capitalists, the company said in a statement.

The investors who have participated in the round include Anupam Mittal, founder and CEO of People Group; Sharad Sharma, co-founder of iSpirt; Venkat Raju, CEO of Kyron Accelerator; and Pranav Pai and Siddarth Pai, founding partners of 3one4 Capital, it said.

The funds have been used to build the firm’s engineering team and for marketing campaigns. The app is primarily targeted at college students at the moment, Sahil Bhagat, founder and CEO, Vebbler, told TechCircle.in.

Bhagat said the firm has not started monetising its offering. “Line and WeChat monetise from filters, stickers and personalisation. If you have a basic version of the product and you have something additional, you can use it as an add-on. That’s something we are going to be exploring,” he said.

Besides, it will look at how its app can be used by brands to communicate to their audiences.

Launched in 2013, Vebbler first started out as a website but then shifted to mobile. “The core elements of the product such as ‘Clubs’ (groups through which photos can be shared) as well as contextual and personal sharing still hold true. The only difference now is the platform. The web was a horizontal product which allowed users to do many things with photos such as making recommendations and reacting to them. With the mobile, we wanted to thin down the use case and focus on a fundamental problem which is sharing photos and videos,” explained Bhagat.

Vebbler allows users to share photos through groups called Clubs. The app is currently available for download on Android and iOS. The firm claims it has already signed up more than 50,000 users.

Prior to founding Vebbler, Bhagat created a crowdfunding platform Frogster in 2010. Before launching Frogster, he also started Doodle Works, a college-based animation and film startup.

The image-sharing segment has seen a couple of startups take off. In May, redBus founder Phanindra Sama and TaxiForSure founder Raghunandan G, led an angel funding round in visual discovery platform Galleri5 that allows users to upload photos and curate images from existing galleries.