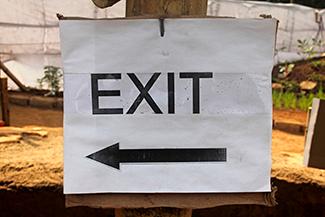 Private equity firm MCap Fund Advisors Pvt. Ltd has decided not to go ahead with its second fund raise and would rather focus on making exits from its existing portfolio firms.

Subbu Subramaniam, who floated the PE firm, told Mint newspaper that challenging fund raising environment in the country has stopped it from hitting the road for a second outing.

In August, VCCircle first reported that the firm has formally launched the process to raise its second India focused fund, targeting to raise nearly five times what it did in its maiden offering five years ago.

The company’s decision may also be attributed to the exit of its chief operating officer Abhilash Lal. However, Lal is going to continue till March next year.

An email query sent to MCap did not elicit any response till the time of filing this report.

In March last year, it had marked its debut liquidity event by part-exiting its investment in APL Apollo Tubes, a Delhi-based manufacturer of steel pipes and tubes. It sold a sixth of its holding in the firm in which it invested in December 2013, partly by acquiring shares sold by the promoters of the listed firm.

It also clocked its maiden full exit when it sold all the shares of Kochi-based electrical appliances manufacturer V-Guard Industries.

Early this year, MCap also sold bulk of its stake in private-sector lender City Union Bank, making a neat profit on its investment.

Private equity investments in India halved this year after hitting a peak in 2015 as investors tightened their purse strings, shows provisional data from VCCEdge, the research platform of News Crop VCCircle.

Data collated through mid-December show that both the volume and value of PE deals declined sharply, reflecting the slowdown in private investments was not just due to a few companies getting less money.

The total value of private investments last year had got puffed up by few large funding rounds related to firms such as cab aggregator Ola. However, the decline in the deal volume this year shows the slowdown is much more broad-based.

MCap was one of the few private equity firms floated by the last generation of first time fund managers. PE firms such as Multiples PE, CX Partners and Kedaara Capital were launched by professionals who had worked for other larger outfits such as ICICI Venture, Citigroup Venture Capital International, Temasek and General Atlantic but later went solo to start their own ventures.

While Multiples PE raised its second fund this year, CX Partners is on road to raise new funds and Kedaara is still deploying capital from its maiden fund.

MCap’s decision, which might have triggered due to declining internal rate of interest (IRR), is bad news for a horde of fund managers who struck out to float their maiden fund.

In the recent past, several private equity firms such as Amicus Capital (launched by Sunil Theckath Vasudevan), SeaLink Capital Partners (launched by Heramb R Hajarnavis) and Alphaneo Private Equity (Nitish Aggarwal) have been formed to resketch the successes of their larger counterparts.