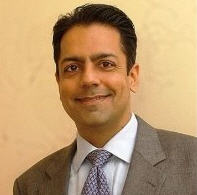 Pangea3’s full acquisition by Thomson Reuters could trigger others to follow suit, predicted the legal process outsourcing (LPO) provider’s co-founder and CEO Sanjay Kamlani in an exclusive Legally India interview, as hundreds of employees will receive a windfall from the sale that will see Pangea3 explore synergies with its new parent and expand with onshore operations in the US.

Only one week after US-Indian LPO UnitedLex bought California-headquartered LawScribe, Pangea3 at 3:30 am Indian time this morning closed its sale to Thomson Reuters, a company which provides data, information and news services but is a new entrant to the LPO game.

Former OfficeTiger CFO and GC Kamlani, who founded Pangea3 together with former Monster.com GC David Perla, told Legally India that Thomson Reuters had acquired 100 per cent of Pangea3’s shares. Of these roughly 50 per cent were previously owned by outside investors and private equity houses Sequoia Capital and Glenrock Group, which had bought $7m and $4m stakes in 2007 and 2006, respectively.

Kamlani (pictured) added that “probably a couple of hundred” Pangea3 employees were holding employee share options (ESOPs) and would receive consideration from the deal on a one-to-one basis for every share they held, and that in the past there was a time when every Pangea3 employee was getting ESOPs.

Kamlani, Perla, managment and employees jointly held around the other half of the LPO’s equity before yesterday’s sale but Kamlani declined to comment on Business Standard’s cited transaction value figure of $35 to $40m.

One rival in the LPO sector commented that he thought that Thomson Reuters probably picked up the LPO for less. “Not a single LPO has ever been valued,” he said. “The purchase prices in both UnitedLex/LawScribe and Pangea3/TR are ‘reported’ by ‘unnamed’ sources. But TR is a public company, and check its annual report sometime in the next year [...] though TR may not even list it. Let's see then what the actual purchase price is but TR's annual report will be the first time an LPO will be valued.”

The Pangea3 name would remain unchanged, said Kamlani while adding that a tagline might be added branding the LPO as a division of Thomson Reuters Legal.

Pangea3’s CEO explained that they had decided to be acquired by Thomson Reuters because of the opportunities for synergies and the LPO’s US expansion plans.

“There’s been a lot of interest that has come from both private equity and others in the market but it was very clear to us that Thomson Reuters was far and away a great fit for our organisation culturally and in terms of business – the Thomson Legal business, everything they have in their business, is synergistic with our portfolio,” said Kamlani.

He said that Thomson Reuter’s legal database product Westlaw was probably the biggest synergy, in addition to a number of database and IP-related assets that would add value to Pangea3 clients. The LPO’s lawyers, who already did legal research, could also co-operate with Thomson Reuters businesses although this was yet to be decided he said.

Recounting the path to the acquisition, Kamlani said: “We set out to raise capital but concluded that we needed to raise capital and have a strategic partner, and this includes things like building an onshore presence in the US.”

Pangea3 currently has a US presence for BD and marketing purposes, but the company would now start building US-based onshore delivery centres in the US to mirror the Indian LPO centres, although they had not yet decided on location, headcounts and financials of such an operation, which Kamlani conceded would have lower margins that LPO in India.

“One reason we like it a lot is to offer 24/7 service,” Kamlani explained the decision. “We don’t’ offer 24/7 from India – because we don’t work from shifts but our lawyers have professional work schedules as any other international lawyer does. We couldn’t possibly cover the full business hours of the US.”

He added that Obama’s tax proposals were not a motivator. “It’s really about providing the great customer experience and I hate having to tell the client that we can’t help you right there [onshore in the US].”

Kamlani declined to confirm whether the sale deal included a lock-in of himself, Perla and other senior management to remain with the company but said: “I’ve made a commitment that we are here and we are excited to keep building the business. I’m here [in Mumbai] and David’s in charge of the BD side and the company moves forward just as it is.”

“Yes, we’re owned by another company but I’m still running the business,” he said, adding that many other companies under the Thomson Reuters umbrella would function similarly.

“We’re very excited about leapfrogging the competition,” added Kamlani. “We already believed we were number one in the marketplace - in other respects maybe not - but I really believe this acquisition is going to make Pangea3 far and away the number one player in this industry. And to me that’s very exciting and what we’re going to do in terms of our vision, which is really to change the way lawyers practice for the better and help lawyers do their job better across the globe.”

“The combination is very strategic in that regard,” noted Kamlani. “It’s very possible that this transaction triggers others like it.”

(The article first appeared on LegallyIndia.com)