Outsourcing Is Part Of Industrial Evolution; Can We Stop Inevitable? 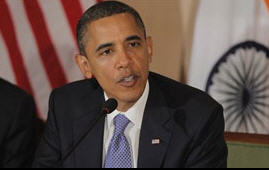 In the last week's US midterm elections, the Republicans seized the House of Representatives mainly on the plank of the Administration's failure to tackle the rising unemployment in the country. Now lame duck Democrats control the Senate. For the Republicans, this victory is sweeter than the 1994 elections, when Democrats lost 54 House seats with Bill Clinton as the then-President. This change in dynamics is the biggest shift in power since 1948, when it was the Republicans who lost 75 House seats, according to psephologists.

These results have a huge bearing for Indian outsourcing sector as the focus has shifted on to the export of jobs to countries like India.

India’s outsourcing sector employs more than two million people. Revenues from this sector account for roughly five per cent of the country’s economic output. According to Gartner, the BPO market in India is estimated to grow 19 per cent through 2013. A shift in the strategy of US companies on outsourcing will hurt the Indian IT sector.

Roughly a 70 per cent of business come from US companies, and given the dismal economic scene in the United States and the results of the just concluded Midterms elections, hard times may lie ahead.

Blame it on Outsourcing

Lets take a look at public sentiment now. A poll conducted by WSJ/NBC News revealed outsourcing was being blamed for the country’s economic distress. Some 86 per cent of respondents said they believed outsourcing of jobs by US companies have led to economic sluggishness (corporate profit-seeking and healthcare costs were also cited as issues). The poll also highlighted a belief that free-trade agreements have been damaging for US.

Here is some more data. 83 per cent of blue-collar workers say outsourcing of manufacturing functions to foreign countries. 95 per cent of professionals and manager-level employees blamed outsourcing. Respondents across party lines, and rural, urban, and suburban lines are blaming outsourcing according to various polls and reports.

US President Barack Obama signed into law a new Border Security Bill proposing a steep hike in some categories of H-1B and L-1 visa fees. The state of Ohio proposed banning outsourcing government IT projects to offshore destinations. The ban can only be viewed as counterproductive to the US government thrust on reducing public deficit and possibly lead to an increased tax burden on its citizens," said Nasscom. Nasscom also pointed out that both the moves came before the Midterms elections, and blatantly called it ‘electoral rhetoric'.

Outsourcing has indeed  been a key issue in this election. A Democratic bill intended to penalise companies that ships jobs overseas was blocked by the Republicans from becoming a law, mere days before the Midterms. The bill proposed ending tax deductions for expenses when companies cut down US operations, and shift jobs abroad. It also suggested imposing tax on products once made in US but manufactured elsewhere now; besides offering employers a two-year payroll tax holiday on jobs repatriated from overseas.

In other incidents, in California, Democratic representative Barbara Boxer ran television advertisements highlighting her Republican opponent Carly Fiorina’s decision to lay off HP employees in US and shift thousands of jobs abroad, when she was CEO of Hewlett Packard. She won. Fiorina did attempt a comeback asking Boxer to return any money she may have obtained from companies that outsourced, since she was principally opposed to the idea, but that did not seem to cut any ice with the voters.

"While Illinois is hurting, Bobby Schilling is focused on jobs—in places like India and China." says an ad run by the Democratic representative Phil Hare in Ohio. He lost to Republican Bobby Schilling.

Democratic attacks on outsourcing alienated many Indian Americans in America, according to a report on the Wall Street Journal. For the first time USINPAC the chief Indian American lobbying group notably switched allegience.

NBC has come up with a sitcom called ‘Outsourcing’ to cash in on all the fervour. It shows the inevitable cultural clashes that happen when a US manager is transferred to head a call center in India. Both the Indian and American sensibilities are exaggerated for comedy, but in the end East and West not only meet, but get along famously together. Now if only, life were to imitate art.

If the majority of people, across party lines, across demographics and geography, blame outsourcing as the root cause of all American economic evils, whether outsourcing helps or hinders ceases to matter in the short term. What matters is that both the Democrats and the Republicans have to do something about outsourcing to appease the masses, and not only that, they need to be seen by the electorates as doing something.

Neither of them have much of a choice. It did not really matter who got the most votes at least as far as outsourcing is concerned. Now that the Republicans have won the House of Representatives, they will be forced to propose measures that keeps jobs in the country. Bills have been blocked, Obama and the Democrats have been proved mostly incompetent, and there is the 2012 presidential elections coming up.

The ‘Report of the Defense Science Board Task Force on Outsourcing and Privatization,’ was published by the Office of the Under Secretary of Defense for Acquisition and Technology in United States in August 1996 (a copy of the report is available in Google Books). “The Task Force is convinced that an aggressive DoD outsourcing initiative will improve the quality of support services at significantly reduced costs,” says Chairman Philip A. Odeen.

As the report points out, Information Technology was among the first business functions to be outsourced. The trend began roughly in the mid-1980s. If the US companies are competing to drive economic efficiences, and outsource a part of their non-core activities to low cost centers, it is ultimately the stakeholders of the company in US who reap the benefits.

China-based Foxconn (Hon Hai Precision Industry Co Ltd) may assemble and manufacture computer, communications, and consumer electronics devices for companies based in US, but the developers and designers are based out of US. Capital expenditure abroad usually translates to capital expenditure in US as well.

New York Times columnist Thomas L. Friedman has been among the advocates of outsourcing in US. He touched upon the phenomenon in ‘The Lexus and the Olive Tree'. Friedman expands the trends of outsourcing, and talks about the four broad categories of people in his book ‘The World is Flat,’ who can have job security. Workers who are ‘special’ (Bill Gates, Michael Jordon), workers who are ‘specialised’ (specialized lawyers, accountants, brain surgeons), anchored (electricians and plumbers who have to be at a specific location) and workers who are ‘really adaptable’. For the rest of us, we have to ‘learn to learn’ - upgrade our skillsets, learn new skills or specialise in very specific niche areas.

There is no way one can underestimate individual trauma and suffering in the event of a job loss. In Silicon Valley, for example, some high tech engineers were forced to take up jobs as grocery clerks to prevent banks from foreclosing their homes. It is true, that increasingly not just back-office work, but functions like engineering and product development are getting outsourced. These are economic realities we have to deal with. Unfortunately, using artificial means to stop the invisible hand of global market phenomenon just do not work.

Think of the Industrial Age. It happened; whether or not people who lost their jobs to machines could adapt to change or not. When processes started getting automated, a whole bunch of us found out computers did what we do, cheaper and better. Again, computers could not be stopped. When the railroads were first being built, it killed a whole bunch of local industries as raw materials could travel further and finished goods started getting transported in bulk. Not building railroads was not an option.

The answer lies in governments creating environments where new skills can be learned and nurtured, and employees are flexible, adaptable, and get handsomely compensated for being so. Protectionism may win short term popularity contests; it will not make long term problems go away.

Another option may be to create new jobs. Energy is one sector, where the government can pump in funding. It is estimated that some $190 million is spenT a day to fight the war on terror. A fraction of that amount can be diverted towards R&D for cleaner fuel perhaps. The country’s education system could use a boost. Maybe the government can start hiring more teachers, especially at the primary levels, where the student-teacher ratio needs much to be desired.

One can only hope Obama will keep these things in mind during his India trip.