Cancer care provider Cytecare Hospitals Pvt. Ltd said on Thursday it has raised $31 million (around Rs 210 crore) in a Series A round of funding led by global investment bank Goldman Sachs.

Besides Goldman, a clutch of domestic and international individuals participated in this funding round, said Ferzaan Engineer, co-founder and chairman, Cytecare.

“Goldman is one of the major investors and we have an opportunity to work with them strategically and financially to create a chain of hospitals,” said Engineer. “Goldman is interesting because they are building hospital worldwide and they now have a large play in Brazil. We can now share data and knowledge across geographies,” he added.

Cytecare, which was founded in November 2016 with the launch of its flagship 150-bed hospital in Bangalore, will use the funds to open oncology franchise across four to five cities in India. “We are looking at Delhi-NCR, Mumbai, Pune, Chennai and Gujarat. We were focused on the closure of the funding and are still deciding on the next city,” said Engineer. 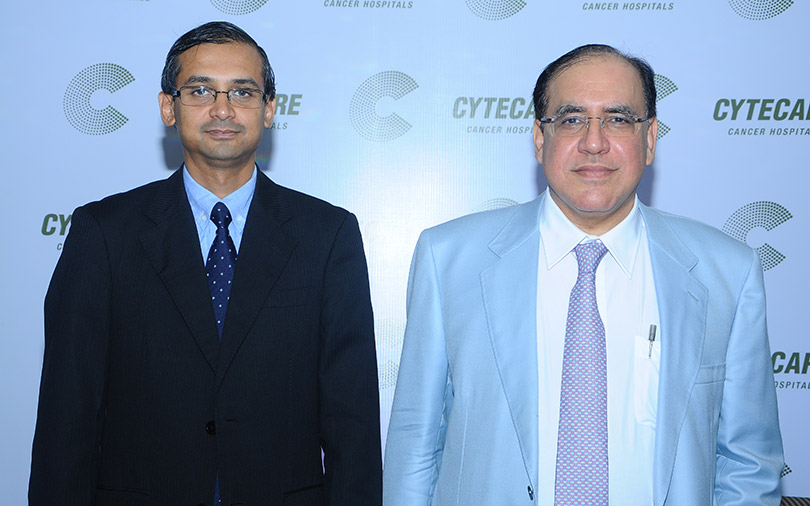 The Bangalore hospital, a greenfield project that was built in 18 months, offers services including chemotherapy, radiology, radiation therapy, specialised organ-based surgeries and palliative care. The company could look at acquisitions to enter new cities provided they are a good fit, said Engineer.

Cytecare was founded by Engineer, Suresh Ramu, who is the CEO, and Himanshu Shah, who is the CFO. In a statement, Ramu said the company is identifying new cities to execute its hub-and-spoke growth strategy.

Engineer is also a co-founder and chairman of Medwell Ventures Pvt Ltd, which runs PE-backed home healthcare services provider under the brand Nightingales. He was formerly the CEO of clinical monitoring and data management firm Quintiles India. Ramu and Shah have worked with Engineer at Quintiles.

Cytecare says it has treated more than 5,000 people, including 1,000 patients from across 23 countries.

Ankur Sahu, co-head of private equity investing in Asia at Goldman Sachs, said the investment is consistent with its strategy to invest in critical sectors and infrastructure that help in India’s development.

“India, with its large and rapidly growing population, accounts for nearly 20% of cancer deaths in the developing world. Cytecare… is positioned to build a nation-wide cancer care network throughout India and address that need in the way we have already done so in Australia, Brazil and China,” said Sahu.

Goldman established its onshore presence in India in December 2006 and has deployed more than $3.4 billion in the country since then.

In a major private equity deal in the cancer care space in India, TPG Growth bought a majority stake in India- and South Asia-focused Cancer Treatment Services International in April 2016.

In the same year, oncology chain HealthCare Global Enterprises Ltd had listed on the stock exchanges. While it had made a disappointing debut, its shares have made a significant climb.