Ola lost Rs 5 for each rupee earned in FY16 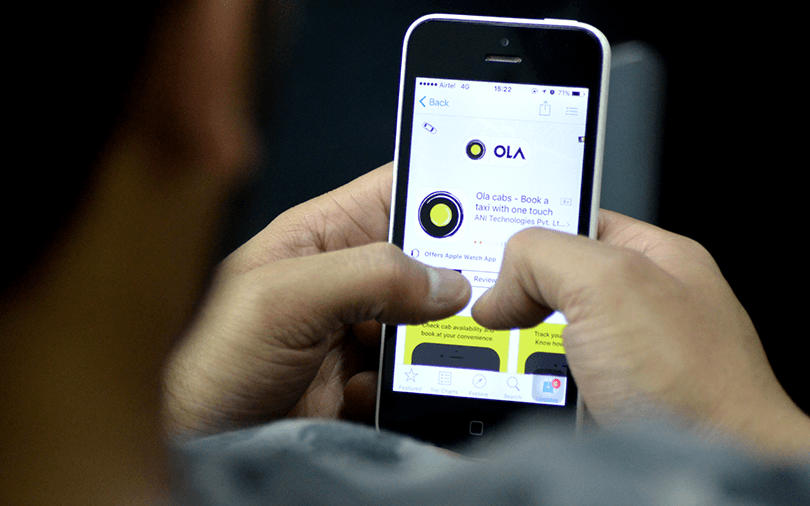 Cab-hailing firm Ola reported a three-fold rise in losses for the year through March 2016 as it spent heavily to counter competition from US rival Uber Technologies Inc.

Employee benefit expenses accounted for nearly 15% of the total expenses, at Rs 461.6 crore, a five-fold increase from Rs 85.16 crore in 2013-14. While salaries, allowances and bonus accounted for Rs 381.2 crore, employee stock compensation showed a 51-fold rise to Rs 44.4 crore.

Ola spent Rs 437.8 crore on advertising, marketing and sales promotion, a more than four-fold rise over the previous year.

E-mail queries sent to Ola did not elicit a response at the time of filing this report.

The consolidated financials include results of Ola and its subsidiaries including TaxiForSure, which it shut down last year, and mobile wallet company ZipCash Card Services Pvt. Ltd.

Ola recently disclosed the financials of its cab leasing arm, Ola Fleet Technologies Pvt. Ltd, which posted a loss of Rs 13.3 crore for 2015-16, compared with a profit of Rs 3.9 crore the previous year.

During 2015-16, Ola expanded its footprint across the country with the launch of services that include Ola Share, Ola shuttle and Ola Micro, its low-cost offering intended as a competitor to UberGo, according to the company’s standalone financials.

Ola, in 2015, acquired a majority stake in ZipCash to provide multiple payment channels to its customers.

In its bid to stave off competition from its San-Francisco-based rival Uber, Ola has been burning a huge amount of cash to woo customers and gain market share. According to media reports, Ola’s valuation has slipped to $3.5 billion from $4.8 billion in 2015. The company recently raised $250 million from Japanese telecom and Internet conglomerate SoftBank Group Corp and is looking to raise another $100 million, according to its recent filings with the RoC.

Uber, on the other hand, has been aggressive and has made no bone of its intentions to capture a significant share of the Indian urban transportation market, after it lost out to Didi Chuxing in China.

Ola, founded by Bhavish Aggarwal and Ankit Bhati in 2010, has so far raised a little over $1.4 billion from marquee investors that include SoftBank, Tiger Global, Matrix Partners, Baillie Gifford and DST Global.