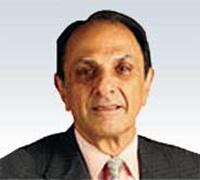 Nusli Wadia, chairman of the Wadia Group and an independent director on the boards of three Tata group companies, has filed a Rs3,000-crore defamation suit against Tata Sons and interim chairman Ratan Tata, according to the website of the Bombay High Court.

The suit follows the notices Wadia had sent to Tata Sons after his removal from the post of director from Tata group companies including Tata Steel, Tata Motors and Tata Chemicals. Tata Sons had issued a special notice on November 11 alleging that Wadia was “galvanizing” other independent directors against the group. The notice also said that “despite purportedly being an independent director on the boards of certain Tata group companies including Tata Steel, Wadia has been conducting himself as an interested party”.

Wadia strongly objected to the “allegations” made in the special notice and sent Tata Sons a counter notice asking for an immediate withdrawal of the observations, failing which he threatened to file a defamation case against the group. Wadia termed the observations made in the notice as “false, defamatory and libelous”. Wadia has been on the board of some of the Tata Group companies for close to three decades.

According to the Bombay High Court website, the defamation suit was filed on December 15. Email queries sent to Tata Group and Nusli Wadia did not elicit any immediate response.

In his notice, Wadia said Tata Sons had failed to furnish any evidence to prove the allegations made against him in the special notice issued to remove him from the boards of group companies. He also alleged that Ratan Tata had failed to live up to the high standards of ethics, morality and corporate governance set by JRD Tata.

The barrage of notices and counter-notices follows the sudden ouster of Cyrus Mistry, the then chairman of Tata Sons on October 24.

Last week six minority shareholders, too, had approached the Bombay High Court challenging Mistry’s ouster. Pramod Shah, Kalpana Shah, Vinesh Shah and Jesal Bhansali, all minority shareholders in Tata group companies, filed their petition through Mumbai-based law firm Markand Gandhi & Co. However, the court asked them to publish an advertisement in a newspaper to get more shareholders on board before filing a class action suit.