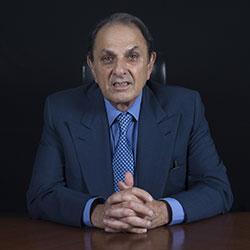 Taking a strong objection to the observations made in the special notice issued by Tata Sons on November 11 and the manner in which he was evicted from the board of Tata Steel, Nusli Wadia, the chairman of Wadia group, has served a notice of defamation on Tata Sons.

Terming the allegations made in the notice as "false, defamatory and libelous", Wadia, who is also an independent director in Tata Chemicals and Tata Motors, has sought the withdrawal of the special notice within two days, failing which he has threatened to initiate criminal and civil proceedings against the Tata group.

According to a person privy to the development, Bombay Dyeing chairman Wadia has alleged that Tata Sons has embarked upon a ‘personal vendetta’ drive against him for discharging his duty as an independent director.

The development comes weeks after Tata Sons abruptly ousted former chairman Cyrus Mistry from the group. Tata Group has insinuated that Wadia, a long-time friend of the current interim chairman Ratan Tata and also a friend of the Mistry family, is siding with Mistry in the face-off.

In his notice, Wadia is learnt to have said: “If I was galvanizing other independent directors then it casts aspersions on other directors.” The notice further says that the Tata “resolution was moved in a great haste” and should be withdrawn immediately.

“We will respond to it (the notice sent by Wadia) appropriately,” said a Tata group's spokesperson when contacted. Wadia group's senior officials refused to comment on the issue.

The special notice issued by Tata Sons also said that Wadia “has not been conducting himself independently and instead, has been galvanising independent directors and acting prejudicially. Wadia’s action may put the company in grave jeopardy and impact the overall morale of the workers, employees and the management” of Tata group.

The notice, signed by Tata Sons chief operating officer and company secretary F N Subedar, further said that considering all factors, Wadia’s continuance on the board was untenable. Responding to it, Wadia has said the notice has hurt his reputation and is libelous.