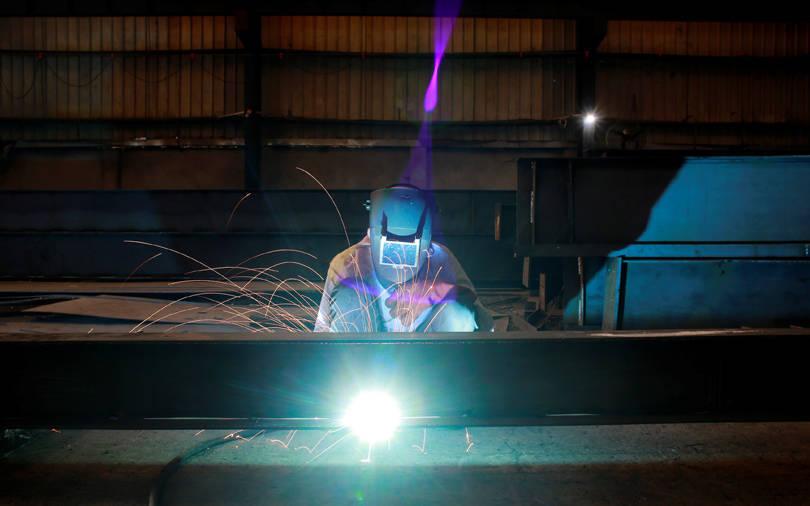 India's manufacturing activity grew at the fastest pace in 10 months in November, buoyed by a strong pick-up in demand, but higher inflationary pressure left factories worried about their future prospects, a private survey showed on Wednesday.

An easing of COVID-19 restrictions drove demand and boosted sales, indicating the economy was on the path to normalization.

Compiled by IHS Markit, the Purchasing Managers' Index rose to 57.6 in November from 55.9 in October. The reading was the highest since January and the fifth straight month above the 50-mark that separates growth from contraction.

"The fact that firms purchased additional inputs at a stronger rate amid efforts to restock, combined with recurring declines in inventories of finished goods and tentative signs of a pick-up in hiring activity, indicate that production volumes will likely expand further in the near-term."

New orders improved sharply - the strongest since February - mostly driven by domestic demand. That resulted in production rising for a fifth consecutive month and at the fastest pace in nine months.

Firms increased headcount to meet the elevated demand, ending a three-month sequence of reduction, although the pace of job creation was minimal.

But the optimism was darkened to some extent by soaring input price inflation. Barring October, the input prices sub-index was at the highest in almost eight years owing to supply constraints and rising transportation costs.

"Should raw material scarcity and shipping issues continue to feed through to purchasing prices, substantial increases in output charges could be seen and demand resilience would be tested," De Lima said.

Output prices continued to rise moderately, indicating firms passed on some of their additional cost burden to clients.

The Reserve Bank of India is not expected to raise interest rates until at least the beginning of next financial year, according to a recent Reuters poll ,but it might consider a rate hike earlier to curb inflation.

India's economy expanded by 8.4% in the July-September quarter from a year earlier, but economists said disruptions from the emerging Omicron coronavirus variant risked slowing the recovery, especially given the country's low vaccination rates.

India's manufacturing activity grew at the fastest pace in 10 months in November, buoyed by a strong pick-up in demand, but higher inflationary pressure left factories worried about their future prospects, a private survey showed on Wednesday.