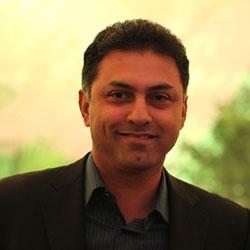 Google Inc's chief business officer and senior vice president Nikesh Arora is moving on to join Japan's telecom giant SoftBank Corp as vice chairman and CEO of the to-be-formed SoftBank Internet and Media, Inc. At Google, Arora will be replaced by Omid Kordestani, Google’s ‘business founder’ and head of its sales teams.

In his new role, he will report to SoftBank chief Masayoshi Son directly.

“As vice chairman, Arora will work closely with me in defining, implementing and managing our global growth strategy. In addition, as CEO of SIMI he will be directly responsible for overseeing our internet, telecommunications, media and global investment activities, which we have been developing over the last few years,” said Masayoshi Son.

Arora joined Google in 2004 and has held various management roles at the firm. He had served as president for Europe, Middle East and Africa (EMEA) operations. Previously, he was president for global sales operations and business development at the company.

Prior to that, he was senior advisor of value creation at Silver Lake Partners. Earlier, he had also served as chief marketing officer and a member of the management board of T-Mobile International AG & Co. In the past, he had also worked at Deutsche Telekom AG, Putnam Investments, Fidelity Investments, Colgate-Palmolive Co. Arora had also founded T-Motion Plc, a mobile multimedia subsidiary of T-Mobile International.

He had also served as a non-executive director of India telecom major Bharti Airtel from 2008 to 2014.

Arora holds a MS degree from Boston College and an MBA degree from Northeastern University in the US. He also holds a bachelor’s degree in Electrical Engineering from IIT Varanasi.

Arora was also the key touch point for investors with Google’s top team and his exit marks another movement of an Indian origin executive from Google.

Early this year, Vic Gundotra, senior vice president (engineering) at Google and the creator of its social network Google Plus, announced his departure after spending almost eight years at the company.

Many Indian-origin executives have held or are holding key management positions at Google. The company now counts three execs of Indian origin out of the nine senior leaders including Sridhar Ramaswamy, senior vice president for ads and commerce; and Sundar Pichai, senior VP for Android, Chrome and apps besides Amit Singhal, senior vice president for search & Google Fellow among the top team.

Google has also announced its financial results for the quarter ended June 30, 2014. The company reported consolidated revenues of $15.96 billion for the quarter, a 22 per cent increase over the same period last year.

“Google had a great quarter with revenue up 22 per cent year on year at $16 billion,” said Patrick Pichette, CFO of Google. “We are moving forward with great product momentum and are excited to continue providing amazing user experiences, with a view to the long term,” Pichette said.