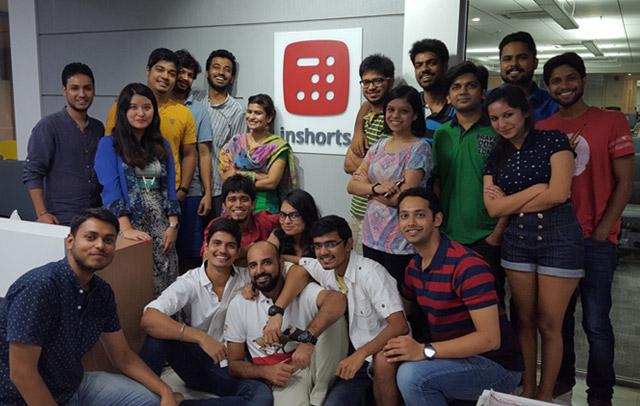 Inshorts, previously known as News in Shorts, will use the technology to strengthen its customer retention efforts, it said in a statement on Thursday. It didn't disclose financial details of the transaction.

The company, owned and operated by ADA News in Shorts Pvt Ltd, aggregates third-party news and presents it in 60 words each.

The nine-member team of Retention.in will join Inshorts to develop an in-house analytics engine to increase retention, Inshorts said in an email response to Techcircle.in. It said the product will no longer be offered to other clients.

BetaGlide was founded by IIT Kharagpur alumni Amritanshu Anand, Anshul Singhle, Manan Shah and Abhimanyu Dikshit in 2013. The company claims its platform has worked on more than 12.5 million devices since inception.

BetaGlide was one of nine startups picked by TLabs, an incubator run by Times Internet Ltd, for its Fall 2013 Batch. It also won a $1 million prize at the Rice University Business Plan Competition. The prize money was sponsored by seed-stage venture capital firm Mercury Fund via their Tech Transfer Investment Prize Sponsor.

Inshorts began as a Facebook page two years ago, and picked up followers immediately. It was shortlisted for the third batch of Nasscom’s 10,000 Startups programme and then incubated at Tlabs. The startup was founded by Deepit Purkayastha, an IIT Kharagpur dropout, along with IIT Delhi dropouts Azhar Iqubal and Anunay Arunav. It secured seed capital in June 2014.

In July, the company raised $20 million (Rs 127 crore) in a Series B round funding from existing investor Tiger Global Management.

The company claims its app has recorded more than one million downloads on the Android platform.