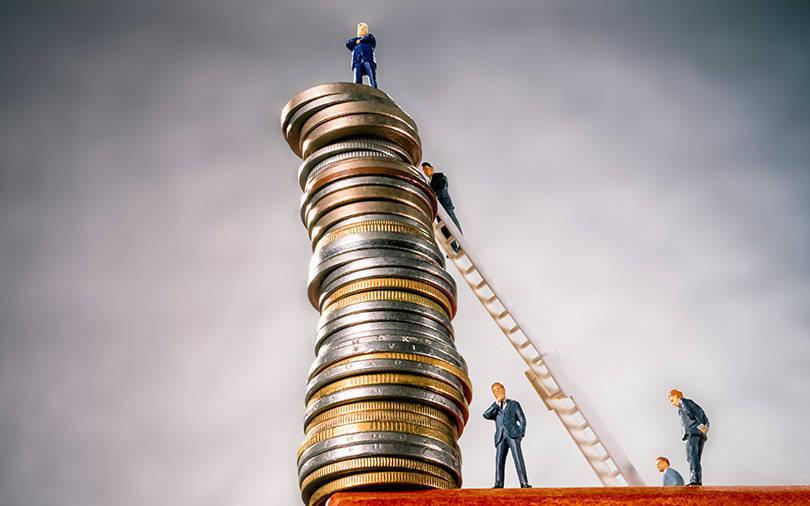 According to a press statement from Naspers, the investment is a combination of a primary and secondary transaction.

Byju’s will use the fresh capital to expand its operations in international markets and to make key investments in technology, the statement added.

The round valued the firm at $3.8 billion post-money, making the 10-year-old company one of the most valued ed-tech companies in the world and one of the top five internet startups in India.

“While near-term profitability is important for us, as a company our main focus continues to be on long-term sustainable growth. The ed-tech industry is undergoing massive shifts; students today want to learn through engaging and interactive methods. We are pioneering ‘better learning for tomorrow’ with technology as an enabler, and have been working towards making students active learners,” Byju Raveendran, founder and chief executive of the venture said.

In a filing with the Registrar of Companies last week, the company said it raised $322.64 million (around Rs 2,300 crore) led by Naspers Ventures, which put in Rs 1,236. 65 crore ($171.88 million) while CPPIB contributed Rs 886.43 crore ($123.20 million). New York-headquartered private equity firm General Atlantic put in the rest through its Singapore-based associate firm. According to estimations by TechCircle, the round valued Byju’s at $3.3 billion.

Following the filing, TechCircle had reported that Byju’s was in talks to raise another $100 million as part of the ongoing fundraising exercise.

“With the largest school-age population in the world and a growing middle-class with the willingness to commit significant resources towards quality education for their children, Byju’s is perfectly positioned to provide an effective supplemental education solution for students across India. We partnered with Byju’s because we believe the company’s success in India will translate across borders in any country where students are looking for an innovative and engaging form of education beyond the classroom,” Russell Dreisenstock, head of international investments, Naspers Ventures, said.

As part of the deal, Dreisenstock will be joining the Byju’s board.

In September, Business Standard reported that General Atlantic had invested $100 million in the ed-tech firm at a valuation that crossed the $2-billion mark.

While General Atlantic’s investment of Rs 199.10 crore ($27.54 million) in October valued Byju’s at $2.89 billion, filings show that the company is yet to receive the remaining amount.

Byju’s last raised funding in July 2017 from Tencent, which reportedly put in about $35 million (Rs 225 crore) into the company (https://www.vccircle.com/ed-tech-startup-byjus-raises-funds-from-chinas-tencent/). The deal valued Byju’s at around $776 million (Rs 5,000 crore).

The company runs learning apps for school students and produces all its content in-house. The venture originally started off as a coaching platform for competitive entrance exams like IIT-JEE, CAT, UPSC, GMAT, GRE, Engineering/Medical and for students studying in classes 6-12. Later, it launched content for students from classes 4 to 5 last year, helping them further accelerate their growth. It now plans to launch an app for students in class 1-3 by the end of this year.

In an interview with TechCircle earlier this year, Raveendran had said that Byju's was eyeing Rs 1,200 crore in revenue in 2018-19. He had said the company might break even in 2017-18 after recording a loss of Rs 59 crore in the previous financial year.

Byju's also has plans to expand overseas by first venturing into English-speaking territories. It has been scouting for distribution partners in markets like the US, UK, Australia, Canada, Malaysia, Singapore among others.

While scaling up, the company has also made four known acquisitions till date. In its most recent buyout, Byju’s bought math learning platform Math Adventures for an undisclosed sum in July this year.

In July 2017, it bought Pearson-owned Tutorvista and Edurite as part of a single deal.

Six months before that, it had acquired Bengaluru-based learning guidance tool and student profile-builder Vidyartha for an undisclosed amount.