However, this is positioned as an interim fund as the firm is focusing on harvesting its past investments before going all out to raise a bigger corpus.

Avnish Bajaj, managing director of Matrix Partners India, told VCCircle: “It is driven by our objective to focus on exits while making investments in a favourable environment. This is a self-imposed constraint, given that some exits (are) underway which need time like anything else.

Bajaj, who sold Bazee.com to eBay before floating Matrix Partners' India practice a decade ago with Rishi Navani, added that the firm would like to deliver on more exits before raising a larger fund.

Matrix Partners is one of the VC firms which can boast to have backed more than one Indian Unicorns—Ola and Quikr. According to its website, Matrix Partners has exited two firms—gold loan company Muthoot Finance and playschool chain Tree House.

It has, however, also part exited a few other firms, including Cloudnine and Quikr through secondary deals. It sold some stake in healthcare firm Cloudnine to India Value Fund Advisors and also part exited Quikr when Kinnevik raised its holding in the firm last year, according to VCCEdge, the data research platform of VCCircle.

Bajaj said that the fresh corpus would largely for fresh investments and that it would stick to the strategy adopted for its last fund—that is, to primarily focus on early-stage tech startups.

“Fund II largely had this focus on what we (think) we understand best and are good at. So (we are) doing more of the same and what works for us,” he added.

Matrix Partners had raised $300 million in its second fund five years ago.

Indeed, Matrix Partners now seems to be replicating what it did with its first fund. It had raised $150 million in its debut fund and later raised an additional $300 million for growth capital investments as part of the first fund itself.

This expanded its investment mandate to become a mid-market private equity firm investing beyond its core focus area of technology, especially in consumer services at large including healthcare.

In a parallel development, Rishi Navani has quit the firm and is believed to have floated a new investment firm christened Epiq Capital. 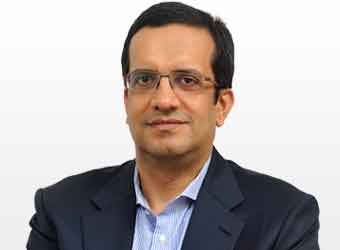 Navani did not immediately respond to an email query on his move and strategy for Epiq Capital.

He had started his career at Indocean Ventures, an affiliate of Soros Fund Management and Chase Capital Partners in what was then a nascent Indian private equity industry. After two years with Indocean, he pursued his MBA and then rejoined the private equity industry at Apax Partners in New York. In 2001, he joined WestBridge Capital in its Silicon Valley office and moved to India three years later. In the past, he also worked at consultancies A.T. Kearney and McKinsey.

At Matrix Partners, he was directly involved with investments in Chumbak, Mswipe, Dailyhunt (formerly Newshunt) and W Women's Wear, among others.

Matrix Partners is now left with two other managing directors besides Bajaj—Vikram Vaidyanathan and Tarun Davda. Davda was elevated as a partner last year, Bajaj said.

Winter getting stronger: Lacklustre momentum leads to drop in PE/VC deals in Q2