Markets boosted by banks, IT stocks; US retail inflation on spotlight

Shares ended higher on Tuesday, led by IT and banking stocks, after retail inflation came within the central bank's tolerance limit for the first time in 10 months, while investors looked ahead to the U.S. inflation report.

India's annual retail inflation eased to 5.88% in November from 6.77% in October, government data showed on Monday.

Retail inflation had been above the upper end of the Reserve Bank of India's 2%-6% tolerance band since January, prompting the central bank to raise rates by 225 basis points since May.

Neeraj Dewan, director of Quantum Securities, said that markets are awaiting the U.S. inflation data and Fed rate decision before making a decisive upward move after a few listless sessions.

The U.S. consumer prices report, due at 7:00 p.m. IST (1330 GMT), will be closely watched for clues on the Federal Reserve's interest rate-hike trajectory.

The Fed is largely expected to increase its key interest rate by 50 basis points at its policy meeting on Wednesday, down from the four consecutive 75 bps increases.

"The Fed is unlikely to be aggressive with its rate hike even if inflation in the U.S. did not cool off, as expected", said Deven Choksey, managing director of KRChoksey Holdings Pvt, adding aggressive rate hikes could lead to an "ugly impact on unemployment and growth".

Analysts said a slide in U.S. inflation on Tuesday could set the stage for the so-called "Santa Claus rally" in the Indian stock markets. 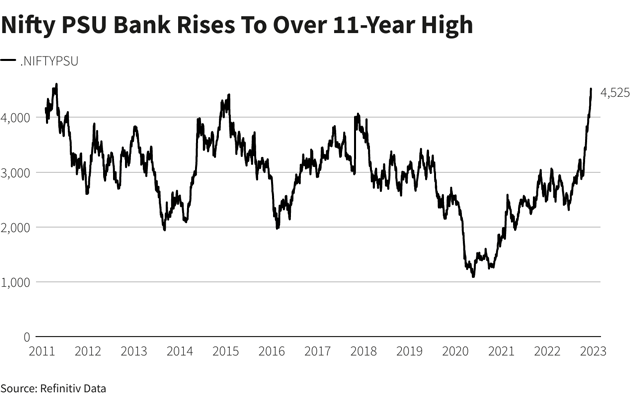 All major sectoral indexes barring the Nifty FMCG advanced, with the Nifty IT Index snapping a seven-day losing streak and rose over 1.1%. The Nifty Bank index rose 0.54% to a new record high. 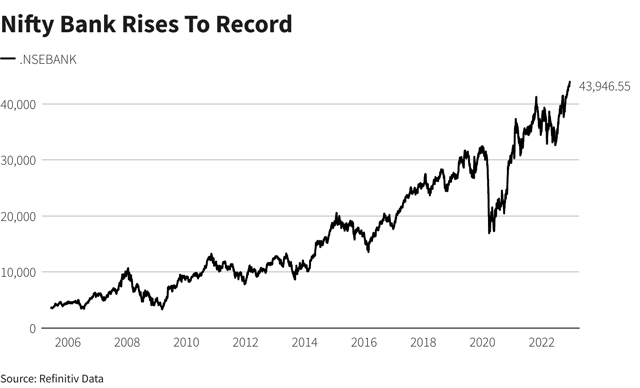 The Nifty PSU Bank index jumped to an over 11-year high, with all 12 constituents advancing.