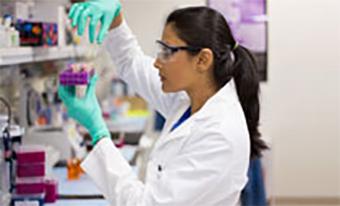 Laurus Labs Ltd made a strong debut on the stock markets on Monday with its shares listing at a 14.5% premium to the issue price.

The encouraging debut comes after the Hyderabad-based company’s IPO sailed through on the final day as wealthy individuals and retail investors joined foreign institutions in subscribing to the share sale. The company’s issue was subscribed 4.55 times at close.

The drugmaker became the second company after Sleepwell brand mattress maker Sheela Foam Ltd to successfully conclude its IPO after the government’s 8 November decision to scrap high-value banknotes led to a cash crunch in the economy and forced GreenSignal Bio Pharma Ltd to withdraw its public issue.

Laurus Labs makes generic bulk drugs for therapeutic areas of antiretroviral and Hepatitis C. The total size of the offering was about Rs 1,360 crore. This comprised Rs 300 crore through a fresh issue of shares and the remaining via a sale of shares by shareholders.

The firm aims to use the IPO money to repay term loans and for general corporate purposes.

Laurus Labs had filed its IPO proposal with the Securities and Exchange Board of India in August. It received regulatory clearance for the IPO in October.