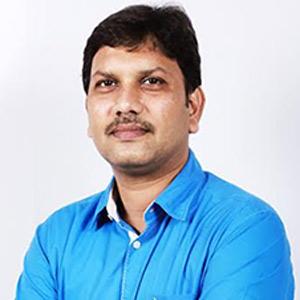 Urdoorstep will use the funds to augment the technology backbone of its operations, founder and CEO Dinesh Malpani told TechCircle.

“As technology forms a crucial component of our venture, Murali brings in a lot of understanding and management depth on that front,” Malpani said.

The funding round comes eight months after Jupiter Capital, an investment firm set up by telecom entrepreneur and lawmaker Rajeev Chandrasekhar, invested $4 million into Urdoorstep.

The new round was first reported by The Economic Times.

Malpani founded Urdoorstep in April 2015. He has 25 years of experience in the retail sector, including stints at Mahindra Retail and Total Mall, a south India-based mall and retail chain. Malpani is an alumnus of the Indian School of Business.

Urdoorstep went live in October last year. Currently operational only in Bangalore, it has 35,000 stock-keeping units under three large business divisions: eSuperMarket, eHome and eLifestyle. The first two divisions contribute most to its business. The eLifestyle category accounts for 15-18% of total sales.

The company says it receives 1,000 orders a day and hopes to increase this by three to four times over the next three to five months. It claims to have achieved both positive unit economics and profitability. “We took six months for this expansion to achieve cluster-level profitability. We will achieve breakeven at a company-wide level within six months,” said Malpani.

The startup, which has five fulfilment centres serving different clusters in Bangalore, will add three more in the next 30 days. In all, a total of nine such centres will serve its entire Bangalore operations.

Urdoorstep claims to operate at a 16-17% margin, thanks to direct sourcing from its network of 9,000 farmers, private labels and value chain optimization. “We get the same margins as operators who have annual turnover of Rs 200 crore,” said Malpani.

The startup plans to start expanding nation-wide after the last quarter of this year and is looking to raise more funds. Malpani said the planned fundraising will include a clutch of investors including Jupiter.

“What other competitors have achieved with $40 million, Urdoorstep has achieved with just a tenth of the sum,” said Indusekhar Chandrasekhar, chief marketing officer at Jupiter Capital.