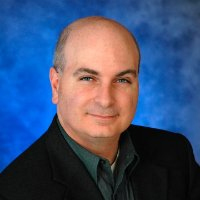 Rajesh Murthy, EVP and global head of energy, communications and services at Infosys, said that the upstream oil and gas industry requires a well-defined and executed information and data management strategy that will allow companies to increase efficiency from exploration to production. “With this acquisition, we are uniquely positioned to offer end-to-end data management services to oil and gas companies globally,” he said.

Noah was launched in 2008 by John Ruddy, Shannon Tassin and Stewart Nelson. It also has a branch in Calgary, Canada.

The deal is expected to be closed by December 31.

The three acquisitions that Infosys made this year are separate from its venture investments. It has recently invested in Silicon Valley-based early stage venture capital firm Vertex Ventures' (not the same as Temasek's VC arm that also operates under a similar name) fund as part of its startup investment programme.

This is the fourth known investment by Infosys out of its $500 million corpus created to invest in startups around the world. Half of this corpus is to be used to back Indian startups while the rest is for international ventures.

Infosys' Innovation Fund has previously invested in cleantech startup Airviz, strategy and implementation services provider ANSR Consulting and Nova, which is a spin-off from DreamWorks Animation, an animation technology and animation film producer.

The Innovation Fund is overseen by Yusuf Bashir, a former SAP colleague of Vishal Sikka, CEO of Infosys. The fund's corpus was increased five times to $500 million early this year and it is looking to invest not only in India and the US but also in other geographies.