India leads the world when it comes to adoption of e-commerce using mobile devices, as per Mary Meeker's 2015 Internet Trends Report. 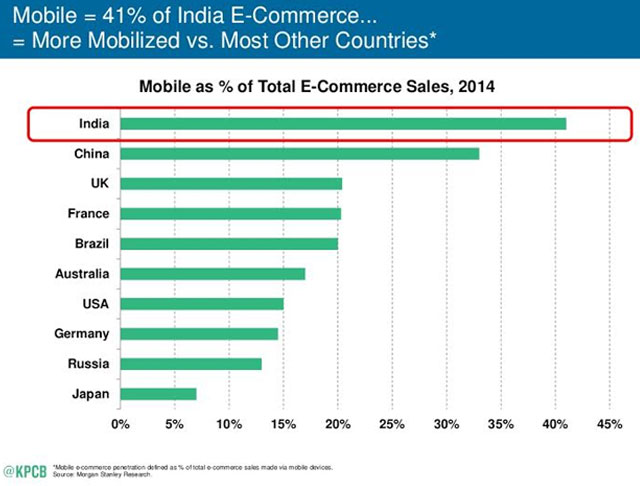 The mobile platform constituted about 41 per cent of India’s total e-commerce sales in 2014. 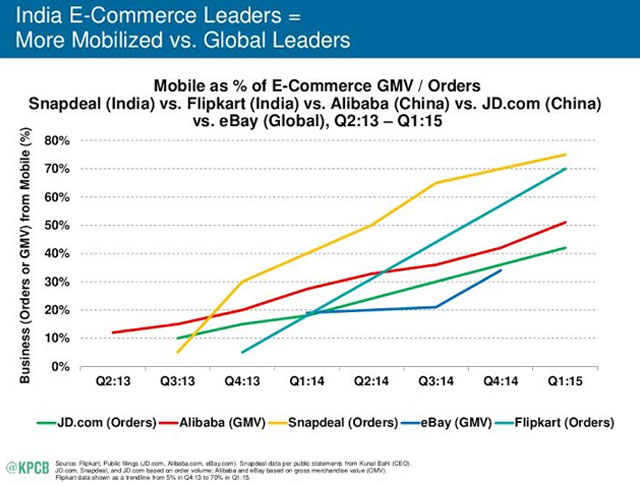 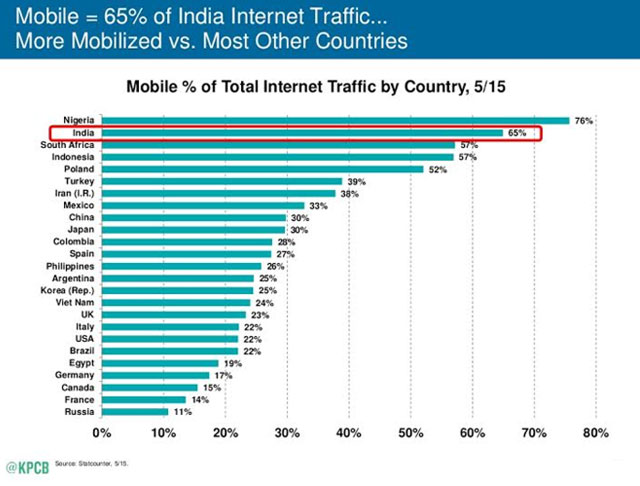 The findings could be seen as validating online apparels provider Myntra's recent move to dump its PC website in favour of app-only usage. Most of Myntra's competitors, including big players like Snapdeal and Amazon, believe the app-only model to be slightly ahead of time.

As of 2014-end, India had 140 million smartphone users, a 55 per cent growth from the previous year.

India is the third-largest internet user market with 232 million internet users, growing at (37 per cent year-on-year) and is the top country in terms of new internet users. The country added 63 million new users in 2014.

The report also says 3 of top-10 Android Apps in India are messaging apps. WhatsApp leads the chart while Facebook's Messenger is ranked fourth and Hike Messenger comes at the eighth spot.