The India Inc witnessed 219 deals aggregating to $8.4 billion in the month of August, record volume for any given month since 2005, as per Grant Thornton Bharat Deal Tracker.

Private equity and venture capital firms recorded 182 deals valued at $7.6 billion, while volumes have doubled as compared to August 2020.

Transaction values jumped by 5.8x times driven by an over 13x increase in the PE investments. 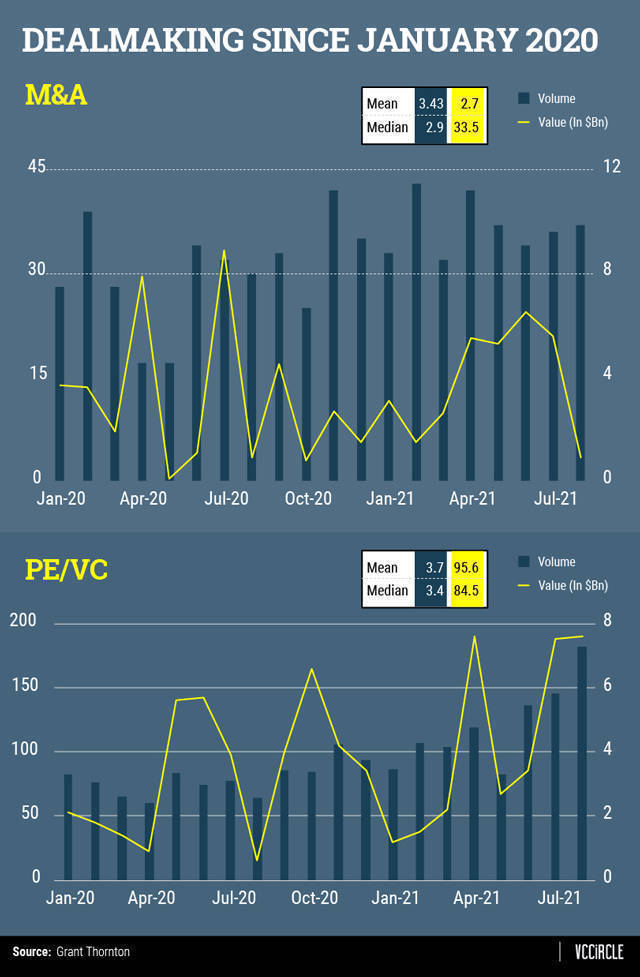 So far, the year has witnessed 11 deals with billion-dollar valuation.

Over 102 deals have been valued at $100 million, where 84% accounted for high-value deals.

The month saw M&A transactions valued at $867 million across 37 deals, as opposed to last year that witnessed 30 transactions worth $908 million. 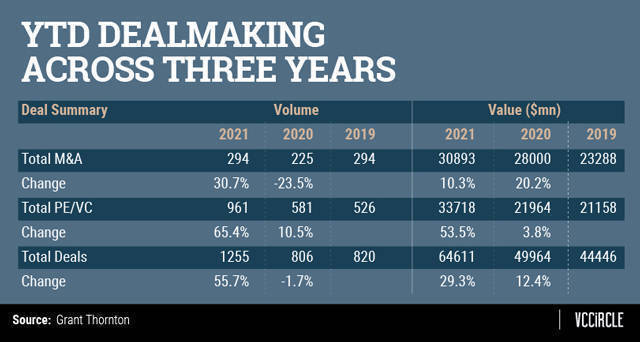 “Domestic consolidation led to 68% of the deal volumes in M&A. Unicorns, such as Byju’s, Unacademy and Dream Sports sealed some of the M&A deals.

August also welcomed seven new unicorns, with this, the sector topped both the volume and values chart for the month.