GDP growth to pick up, numbers not overstated: Economic Survey

India’s economic expansion will likely pick up momentum next financial year from an 11-year low this year, a government survey forecast on Friday, and dismissed allegations that the growth numbers were inflated.

The Economic Survey, tabled in parliament a day before the budget presentation, also said the government should loosen the fiscal deficit target to get greater leeway in making the extra expenditure required to boost the economy.

The economy is likely to grow between 6% and 6.5% in the financial year that begins April 1, the survey said. This indicates an improvement from this year's estimated expansion of 5%. Meanwhile, the statistics office on Friday revised the growth rate for 2018-19 to 6.1% from 6.8% estimated earlier and for 2017-18 to 7% from 7.2%.

The projection in the survey, prepared by chief economic adviser Krishnamurthy Subramanian, looks even better considering that ratings firms and many economists peg the growth number even lower than the government.

These projections are significant as they come just a day before the Narendra Modi government will present its Budget for 2020-21, which is likely to see the fiscal deficit widen with tax revenue taking a significant hit. The survey said that the fiscal deficit target for the current financial year may need to be relaxed from the current 3.3% of gross domestic product. But curiously, in its own calculations, it kept the estimated deficit at the same level.

The survey also gave the government a clean chit as far as allegations of over-estimating economic growth go. It said several comparative models that “incorrectly” estimated India’s GDP growth since 2011, also “mis-estimated” the GDP growth over the same period for 51 out of 95 countries in the sample. 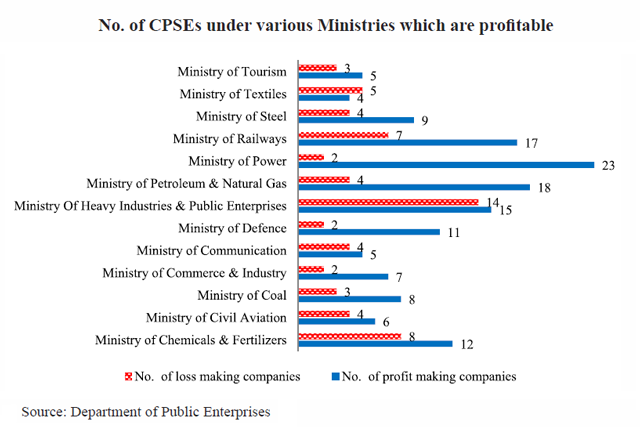 “Correctly specified models that account for all unobserved differences and differential trends in GDP growth across countries fail to find any mis-estimating of growth in India or other countries,” the survey noted. “Concerns of a mis-estimated Indian GDP are unsubstantiated by the data and are thus unfounded,” it said as it sought to lay the debate to rest, for good.

The spirited defence came after Subramanian’s predecessor, Arvind Subramanian, said last year that the government might have overestimated GDP growth between 2011-12 and 2016-17 by as much as 2.5 percentage points.

To be sure, not everyone is convinced about the survey's projections. DK Srivastava, chief policy adviser at EY India, said the survey’s projected growth of 6-6.5% for next year "may prove to be optimistic" unless backed by a strong fiscal stimulus in the forthcoming Budget and the meeting of investment targets specified in the National Infrastructure Pipeline, both by the central and state governments.

The survey suggested that the government should deliver expeditiously on reforms that will make it easier to do business in India. It said that India’s aspiration of becoming a $5-trillion economy depends upon the government promoting “pro-business policies” that unleash the power of competitive markets. This, it said, will require the government to wean the country away from “pro-crony” policies that favour specific private business interests.

The Modi government has set itself a target of making India a $5 trillion economy by 2024, from the current $2.8 trillion, although economists say the target is ambitious considering the sharp slowdown.

The survey suggested that the government should integrate “assemble in India for the world” into its flagship “Make in India” initiative, which has thus far seen little traction. It said that India has an opportunity to chart a labour-intensive export trajectory like China. The survey estimates India’s share in the export market going up to 3.5% by 2025 and to 6% by 2030.

The survey said that, in the first eight months of 2019-20, India recorded net foreign direct investment (FDI) inflows of $22.4 billion. This is “much higher” than the corresponding period the previous year, it said.

The survey also said that the government needs to make an “objective assessment” of the performance of state-owned banks, most of which were first nationalised 50 years ago.

Acknowledging the fact that India’s banking sector had not grown in tandem with economic expansion, with just one local bank in the global top 100, the survey said that state-run lenders are inefficient when compared to their private peers “on every performance parameter”. It noted that state-run banks clocked a loss of 23 paisa for every rupee invested in 2019 while their private peers returned 9.6 paisa in profit.

In order to make government banks more efficient, the survey suggested devolving more powers to their staff by offering them employee stock ownership plans, and giving them a board representation proportionate to the equity held by them to “incentivise” them and “align their interests with all shareholders”.

But it is not just government banks whose tardy performance has been in the chief economic adviser’s crosshairs. The survey also came down heavily on the shadow banking sector, which it said had performed below par in the five years between 2014 and 2019.

The survey devised a normalised “health score” by quantifying the rollover risk—or debt refinancing risk—assessed for a sample of housing finance companies and retail shadow banks. It said that the score for mortgage lenders declined after 2014 and their health worsened by the end of 2018-19.

The score of retail shadow banks, too, was consistently below par during the period. The survey said that these poor metrics raise future liquidity concerns for non-banking finance companies, which have emerged as an alternative to banks laden with enormous amounts of bad debt.