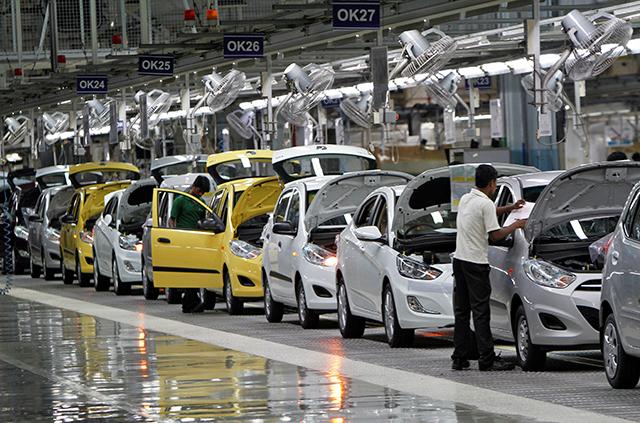 Automobile sales fell 18.66 percent in December to 1.2 million units, the biggest monthly drop since the same month in 2000, data from the Society of Indian Automobile Manufacturers showed on Wednesday.

Auto sales have seen an especially big drop in rural areas and regions where cash transactions are typically prevalent. Large two wheeler manufacturers have also seen a big impact due to their high exposure to rural markets, the data showed.

Two-wheeler sales fell 22 percent in December from the previous month, one of the biggest falls on record, to 910,235 units, while domestic passenger car sales saw a 8.14 percent drop to 158,617 units.

The data is in line with other indicators showing Modi's shock action - aimed at cracking down on tax dodgers and counterfeiters - has hit the economy hard. Earlier this month, a survey found Indian factory activity plunged into contraction in December.

Further hitting demand were uncertainties about a new unified national tax rate India is gearing up to unveil later this year, while some consumers were likely also waiting to see whether the government would announce special incentives at its annual budget on Feb. 1.

"People tend to hold off on purchase of vehicles till uncertainty is resolved," he said.