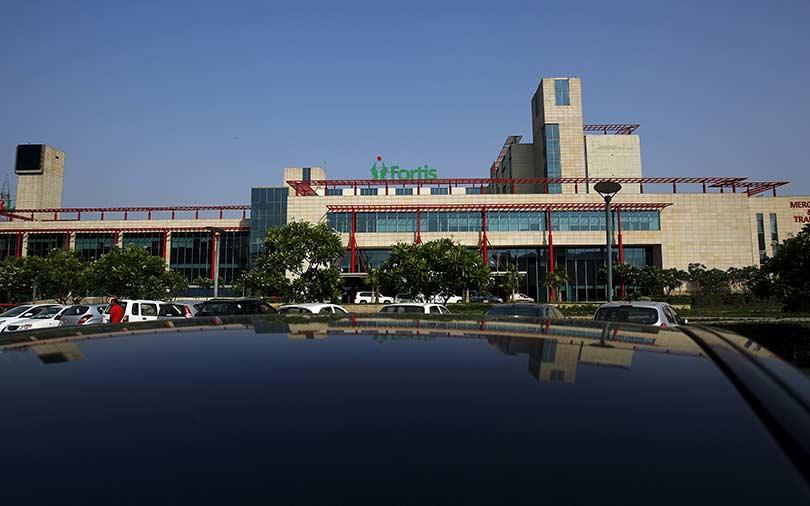 The latest twist in the bidding war to acquire Fortis Healthcare Ltd saw Malaysia’s IHH Healthcare Berhad making a revised proposal on Tuesday, as part of which it agreed to immediately infuse Rs 650 crore ($98 million) by way of a preferential allotment in a binding offer.

This makes IHH the third suitor to revise its offer for Fortis in a five-way takeover battle for India’s second largest hospital chain.

TPG-backed Manipal Hospital Enterprises Pvt. Ltd and the consortium of Hero Enterprise of the Munjal and Burman families had previously revised their respective proposals to gain control over Fortis.

Now, the Malaysian private healthcare group has sought the right to appoint two directors on Fortis’s board in light of the binding offer, IHH informed the Malaysian stock exchange Bursa Malaysia. It added that the revised offer will remain valid till 5pm IST on May 4.

In addition, the Kuala Lumpur-based IHH will subsequently infuse Rs 3,350 crore ($504.25 million) in a non-binding proposal after satisfactory completion of all legal and financial due diligence, and the execution of mutually acceptable binding definitive documents.

IHH’s fund infusion via a preferential issue will take place at Rs 160 per share, it said.

“The revised proposal must be considered by Fortis in its entirety as stated and cannot be evaluated or accepted in part. The proposal for immediate equity infusion is not contingent on satisfactory completion of due diligence,” IHH said on Tuesday.

“Subject to the mutually agreed binding definitive documents being executed, the proposal for subsequent equity infusion does not purport to create any legally binding obligation upon acceptance or acknowledgement by Fortis or otherwise. Subsequent to completion of the subsequent equity infusion, IHH expects appropriate representation on the board of Fortis commensurate with its stake,” it added.

The healthcare major had first announced its interest in Fortis on April 16 and subsequently revised its offer on April 18.

However, the Fortis board had refused to discuss the offer citing an agreement with another bidder, TPG-backed Manipal Health.

Fortis had last week formed a panel to evaluate all binding offers. TPG-Manipal and the Munjal-Burman consortium have made binding offers, with IHH joining them on Tuesday,

The expert advisory committee, chaired by Deepak Kapoor, former chairman and CEO of consultancy firm Price Waterhouse Coopers, India, will submit its recommendations by the coming Thursday, Fortis had informed stock exchanges after a board meeting last week.

Fortis, which confirmed the receipt of IHH’s latest revised offer, has received as many as five offers for control of its hospital business.

China’s Fosun International and KKR-backed Radiant Life Care Private Ltd are the other suitors besides rival hospital operator Manipal and the Munjal-Burman consortium.

Last month, the Fortis board had announced the sale of its hospital business to Manipal Health to create India’s largest healthcare services provider by revenue.

Two days after that, Fortis received an unsolicited, surprise binding offer from a consortium of Hero’s Munjal and Dabur’s Burman.

Fortis announced on Monday that it had extended the revised binding offer from the Hero Enterprise Investment Office till 4 May in light of Fortis’ decision to form a panel to evaluate all binding offers.

The revised binding offer made last Thursday from Hero Enterprise and the Burmans entails an investment of Rs 1,500 crore in Fortis, up from Rs 1,250 crore proposed earlier.

The revised offer is for investing Rs 500 crore through preferential shares and Rs 1,000 crore via warrants. The first offer, made the previous week, involved an infusion of Rs 500 crore and Rs 750 crore after due diligence. The Munjal-Burman combine is also seeking two board seats.

Hero Enterprise is led by chairman Sunil Munjal, part of the family that runs Hero MotoCorp Ltd, India’s biggest two-wheeler maker. The Burman family is the promoter of Dabur India Ltd. The two family offices hold around 3% of Fortis through their affiliates and group entities.

The five-way takeover battle which has intensified over the past fortnight perhaps traces its roots to a series of events which began six years ago. In 2012, Malvinder and Shivinder Singh-led Fortis raised Rs 2,260 crore by listing Religare Health Trust on the Singapore Exchange. The money was meant to repay debt.

The following year, Japan’s second largest pharmaceutical company Daiichi Sankyo filed an arbitration case against the Singh brothers in Singapore for non-disclosure of key material information during the sale of Ranbaxy to Daiichi in 2008.

Daiichi then sold Ranbaxy to Sun Pharmaceuticals in April 2014 for $3.2 billion. It went on to win the arbitration proceedings two years later.

According to various media reports, the Singh brothers were engaged in talks with various private equity players in 2016 to sell a minority stake in Fortis Healthcare. The likes TPG, KKR, Bain & Co, and General Atlantic were then among the likely suitors.

Meanwhile, the Delhi High Court imposed restrictions on the Singh brothers from selling any stake in Fortis in light of the Daiichi-international arbitration matter.

In February this year, the Delhi HC upheld the international arbitration matter and allowed Daiichi to enforce the Rs 3,500 crore award. The court also ordered attachment of all debt-free assets of their promoters Singh brothers.

This triggered Fortis’ lenders Yes Bank and Axis Bank to invoke pledged shares. Yes Bank ended up owning 15.14% stake in the company, while Axis Bank owned 1.76% stake as of March 31, 2018.

To make matters worse, Bloomberg reported in February that the Singh brothers siphoned off at least Rs 500 crore ($78 million) out of Fortis a year ago without having a board approval. This was in addition to the lawsuit by New York-based private equity firm Siguler Guff & Co, accusing the Singh brothers of siphoning cash to finance their $1.5 billion debt.