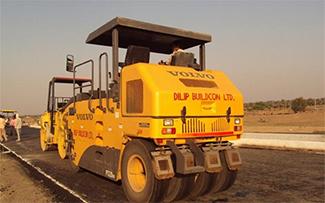 Private equity firm BanyanTree Capital completed its first full exit from its portfolio in a year, as it exited its investment in infrastructure firm Dilip Buildcon Ltd, which went public last month.

While it sold a large chunk of shares as part of an offer-for-sale in the initial public offering of the Bhopal construction firm, the PE firm sold its remaining shares right ahead of the IPO, a person privy to the development told VCCircle.

BanyanTree had invested Rs 75 crore to buy just under 10% stake in Dilip Buildcon in 2012. It is estimated to have pocketed around Rs 250 crore in total from the exit, or just over 3x returns in rupee terms.

A BanyanTree spokesperson confirmed the exit and added that with this, the PE firm has returned almost two-thirds of its corpus (in USD terms) under the maiden fund, back to the investors.

He added that in rupee terms, BanyanTree has returned its entire capital with a substantial portion of a portfolio still to be exited.

Dilip Buildcon was the last but one investment from the PE firm’s first fund, according to VCCEdge, the data research platform of VCCircle. This first fund with a corpus of $100 million was raised in 2008.

Last year, BanyanTree had exited Faridabad piping systems manufacturer DEE Development Engineers Ltd that operates under the DEE Piping banner, as Carlyle bet on the company. This exit, too, generated 3x returns for the PE firm.

In the past, BanyanTree has also logged exit activity from GEI Power, Trimax IT Infrastructure, part of the first fund’s portfolio.

BanyanTree, which is currently investing out of its second fund, chases small and medium enterprises (SMEs) in India. The fund's recent investments include O2 Spa Pvt Ltd, a Hyderabad-based company that runs a spa chain in India and the Middle East and Power Mech Projects Ltd, a Hyderabad-based power infrastructure service provider that went public last year.

Dilip Buildcon had initially filed its draftred herring prospectus with the capital markets regulator Securities and Exchange Board of India (SEBI) in April last year.

At the time, it sought to raise up to Rs 650 crore (then $104 million) via a fresh issue. BanyanTree Growth Capital was then looking for a complete exit.

The company refiled its IPO documents with SEBI in February and cut the size of the fresh issue as well as the quantum of shares offered for sale by BanyanTree.

The IPO was oversubscribed almost 20 times, thanks to strong interest from corporate houses and rich individuals.

In the four years since BanyanTree invested in the company, Dilip Buildcon grew four-fold to reach a topline of more than Rs 4,000 crore in FY16.

The infra firm had made a positive debut on the bourses and even as its share price has moderated from the peak, it last traded at Rs 236.45 each on BSE on Thursday, 8% premium to the issue price.