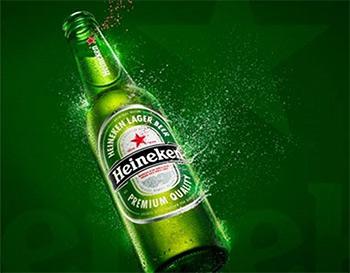 Dutch brewer Heineken has increased its equity stake in United Breweries Ltd by acquiring an additional 0.7% through an open market transaction on Friday, further firming up its grip over the Kingfisher beer maker.

Separate email queries to Heineken and Yes Bank did not immediately respond to a request for comment.

Mallya, who faces several charges over bank debt raised by group firms and is currently in the UK after being labelled as a 'wilful defaulter' by several banks, has been slowly losing his grip on what is his last big company in India.

He has already lost control of United Spirits and in February stepped down from its board after a tussle with Diageo.

This is the second such instance of Heineken take a swig of India’s top beer maker this year. In March, it had spent Rs 179 crore (approximately $27 million) to pick the 0.8% stake in United Breweries from an NBFC arm of Edelweiss.

VCCircle had reported in April 2015 that Heineken is preparing to raise its holding in the firm. At that time it held 38.85% in the company.

Heineken is the largest shareholder in United Breweries, which houses a clutch of brands besides the flagship Kingfisher including Kalyani Black Label, Zingaro, Guru and Bullet.

Heineken International is a Dutch brewing company. It owns over 119 breweries in more than 65 countries.

The company brews and sells more than 170 international premium, regional, local and specialty beers, including Cruzcampo, Tiger Beer, Starobrno, Zagorka, Birra Moretti, chota, Murphy’s, Star and of course Heineken Pilsener. The company was founded in 1864 and is based in Amsterdam, Netherlands.