“To strengthen the investment and mentoring capacity of GSF platform, we have begun an exercise to deepen our human capital. At GSF, a ‘venture partner’ is either an accomplished startup founder; a seasoned executive with deep domain expertise; or an investor with networks in global geographies relevant to GSF portfolio companies,” said Sawhney.

Mehta has deep domain knowledge in digital media and tech industries across diverse markets like the US, the UK, Europe and India. He currently leads mobile user acquisition, Big Data and strategic partnership initiatives at Hulu. He had earlier worked at companies like Deloitte Consulting LLP, Skyworks Solutions, Inc. and The Chernin Group. He earlier founded Chutney Networks, a podcasting website promoting underground South Asian music.

An active early-stage investor and member of Mumbai Angels, he has invested in startups alongside venture capital firms such as Google Ventures, Accel Partners, among others. He had also helped with social media strategy for the London 2012 Olympics. Mehta holds a bachelor’s degree in electrical engineering from the University of California and an MBA in finance and venture capital from the University of Southern California. 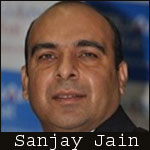 Jain has over 20 years of experience across diverse consumer industries like FMCG, media, retail finance, home & commercial lending, investments, and insurance. Prior to Reliance Capital, he had worked at companies like Allianz Life Insurance, The Coca-Cola Company, Ogilvy & Mather and Times Group.

He has been working with GSF portfolio companies in the West region for over a year now—initially as an Entrepreneurs in Residence (EIR) and then as an investor in batch II companies. Currently, he is also GSF’s board observer in three GSF startups.

Founded in 2012, GSF comprises 20 investors and five leading funds (including Seedcamp and Dave McClure’s 500 Startups) from across the world. The programme provides promising startups in the mobile, local, social, cloud and impact spaces access to venture networks, personalised and intensive mentoring, as well as initial capital. It runs simultaneously in Delhi, Mumbai, Chennai, and Bangalore, with each location hosting four-five startups per iteration.

As of now, GSF ecosystem consists of 25 portfolio companies, 42 EIRs and 250 mentors across the world. Of the 25 GSF portfolio companies, 15 have successfully raised seed financing, five have raised series A funding and there have been three exits including the first ever acquisition by social networking giant Facebook of an Indian startup—Little Eye Labs.

Earlier this year, GSF Accelerator went global with the launch of GSF Global Accelerator, a cross border accelerator programme. The accelerator will select 12 high-tech startups for the programme, including eight from India, while the rest will come through its alliance partners in Southeast Asia, Eastern Europe and Africa.