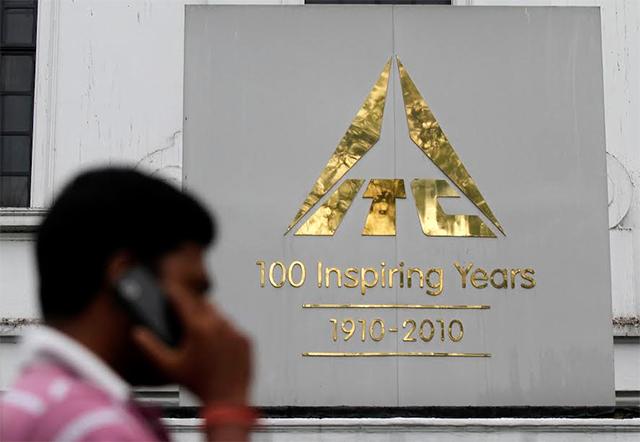 The government on Tuesday sold a 2% stake in cigarette maker ITC Ltd for Rs 6,690 crore ($993 million) as part of its disinvestment plan for the current financial year.

Shares of ITC, which also operates hotels and sells consumer goods, surged 5.6% after the deal in the morning to touch a one-year high. The stock pared most of its gains and ended at Rs 277.10, little changed from Monday’s close. The benchmark NSE Nifty lost almost 0.4%.

The government holds a stake in ITC through the Specified Undertaking of the Unit Trust of India (SUUTI). At the end of December, SUUTI held a 11.12% stake in ITC.

SUUTI came into existence in February 2003 after the government split the erstwhile Unit Trust of India into UTI Trustee Company Pvt. Ltd and SUUTI. In March 2012, the Cabinet approved a proposal to wind up SUUTI. A new firm, National Financial Holdings Company Ltd, was registered in June 2012 under the Companies Act. It was decided to transfer all assets and liabilities of SUUTI into the new entity. The decision was, however, reversed over a year later to allow SUUTI to monetise its holdings.

Besides the stake in ITC, SUUTI also holds a 12.02% stake in Axis Bank Ltd—India’s third-largest private-sector lender—and a 6.69% stake in India’s largest engineering firm Larsen & Toubro Ltd. Together, these holdings are worth Rs 53,600 crore at current market rates.

This is the second stake sale by SUUTI this fiscal year; it earlier sold a stake in Larsen for Rs 3,096 crore, according to finance ministry data.

Taking Tuesday’s stake sale in ITC, the government has raised about Rs 37,000 crore through disinvestments and allied instruments such as buybacks and dividends. It had budgeted Rs 56,500 crore for the fiscal year and has now revised it to Rs 45,500 crore. The original estimates comprised Rs 36,000 crore from minority share sales and the remaining via strategic stake sales.

The government is also aiming to launch HUDCO Ltd’s initial public offering after it filed its draft prospectus for regulatory clearance earlier this month. Hudco’s share sale will be the first IPO of a state-run company since March 2012, when National Buildings Construction Corporation Ltd floated a public issue worth Rs 125 crore, government data showed.

For the next fiscal year, the government has set a record disinvestment target as part of measures to contain the fiscal deficit at 3.2% of gross domestic product.

LIC is the saviour

The state-run company is among the largest institutional investors on the stock markets. India’s biggest life insurer has, on several occasions in the past, bought huge chunks of shares of state-run companies to help the government meet its disinvestment and fiscal deficit targets.

In February 2015, LIC shelled out an estimated Rs 10,200 crore to buy a tad less than half the stake the government sold in state-run miner Coal India Ltd. The Coal India share sale was the biggest offering for the government and helped it raise around Rs 22,558 crore.

A few months later, in August 2015, LIC rescued the government's stake sale in Indian Oil Corporation by buying around 86% of the total shares sold.