The central government on Wednesday relaxed the restrictions on some sectors to gradually resume economic activity a day after extending the lockdown to control the coronavirus pandemic.

The government will allow some industries to resume operations in rural areas, which have been less affected by the pandemic, after April 20, it said in a statement.

It will also allow farm activities, and construction of roads and buildings in rural areas. 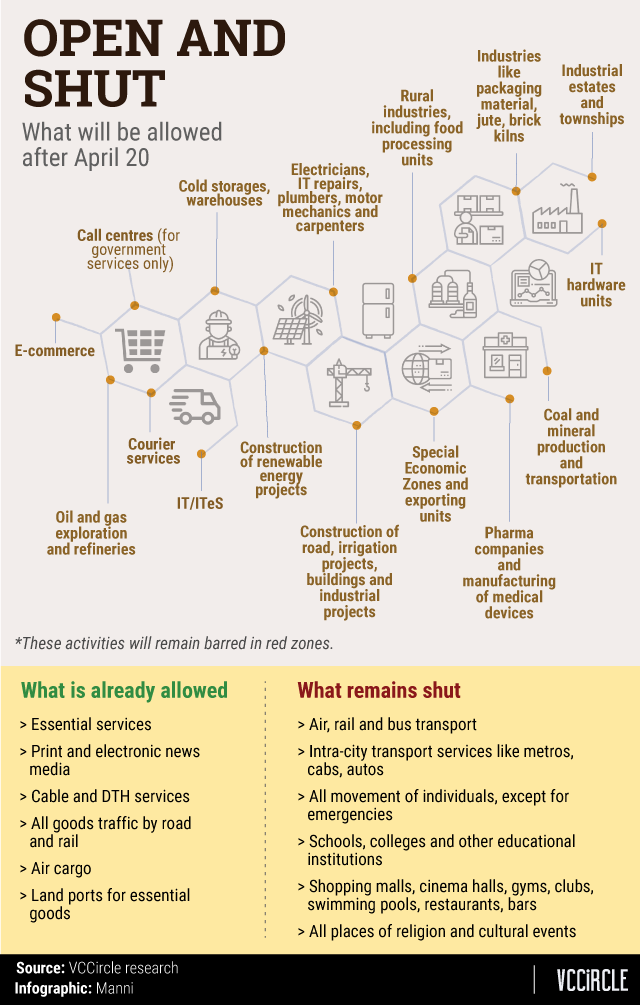 Several other economic activities will also be allowed in areas other than in the so-called red zones, or the coronavirus hotspots.

However, all intra-city and inter-city transport such as trains, cabs, buses and airlines will remain shut. Educational institutions, shopping malls and non-essential retail establishments will also be closed.

The decision to allow some activities came after Prime Minister Narendra Modi on Tuesday extended  the nationwide lockdown until May 3. Modi had earlier imposed a three-week shutdown that was to end on Tuesday.

The government says that the lockdown has helped contain the spread of the coronavirus in India. The virus has infected nearly two million people and killed more than 125,000. In India, the number of coronavirus positive cases have surged past 11,000 while nearly 380 people have died so far.

However, the lockdown has raised concerns about Asia’s third-largest economy as most factories and offices have been shut and millions of migrant workers and daily-wage earner are out of work.

Analysts as well as the World Bank and the International Monetary Fund have slashed India’s growth forecasts, with some even expecting the economy to expand less than 1% for the financial year that began on April 1.