Monday morning perhaps brought a rare glimmer of hope for employees of the beleaguered e-commerce firm Snapdeal, with a mail from founders Kunal Bahl and Rohit Bansal claiming that the "well-being of the entire team" was their top priority.

The email comes in the backdrop of the company's impending merger with the country's top e-commerce firm Flipkart, a deal orchestrated largely by Snapdeal's biggest investor SoftBank.

Aimed clearly at soothing frayed nerves, the email said the founders were working with investors to ensure there was no disruption in employment. It added that the company's annual performance review was nearly complete, and "given the incredible progress we have made around our profitability journey...the overall increments this year are higher than those offered last year."

However, most of these promises seem undone by the admission that "investors are driving the discussions around the way forward", implying they are the ones calling the shots and the founders have little, if any, say in the way things pan out.

An email sent by VCCircle to a Snapdeal spokesperson seeking comments didn't elicit a response at the time of publishing this report.

Besides, the latest email is in sharp contrast to the narrative thus far—as late as last week, media reports said the founders had held a string of townhall meetings with staffers, promising profit and brushing off takeover talk.

That was just an extension of the the company's continued attempts to persist with a story few are willing to buy. In February, while laying off hundreds, the duo wrote an email saying "focus on only your core, stop all non-core activities, reduce costs drastically, turn profitable" was the only formula to succeed.

“As part of our overall path to profitability plan that is currently in full swing, we will be reorganising the company into a lean, focused, and entrepreneurial one,” the email had read.

These two word clouds accompanying the emails explain the shift beyond doubt. 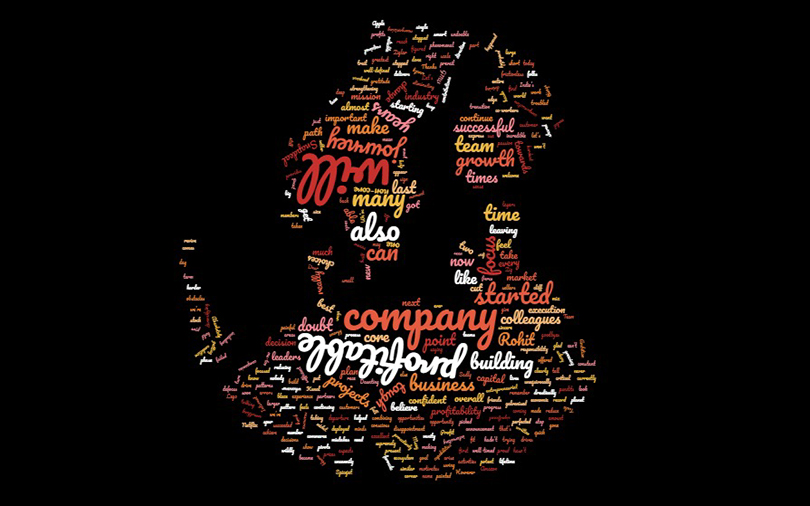 In February, during the layoff exercise, words like 'company', 'profitable', 'growth' and 'business' were prominent. 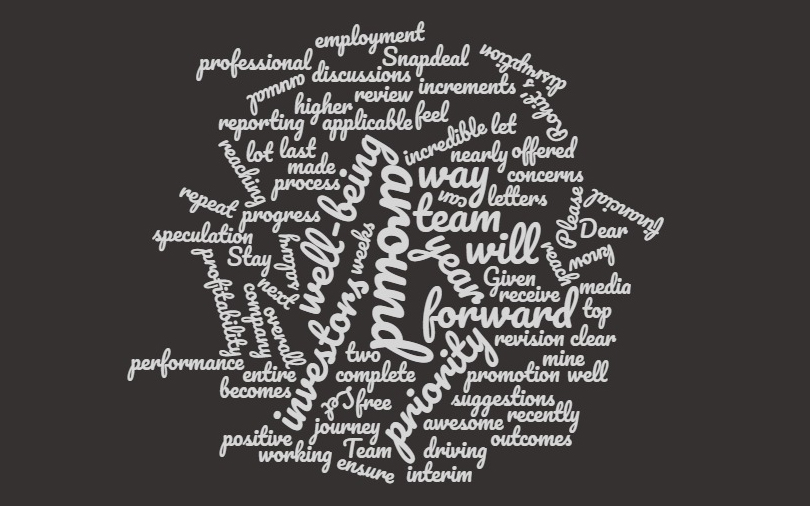 In the most recent mail, the focus is on 'investors', 'well-being', 'concerns' and 'way forward', among others.

Seemingly, the founders are now more worried about employees than business growth, a complete departure from last week when profitability seemed to be the biggest concern.

As for the impact on workforce, Sreedhar Prasad, partner, Internet business, KPMG India, says, "The more clarity the founders have on strategy, the better for employees from their career perspective. In 2014-15, a lot of internet companies invested heavily in talent without having a clear plan on talent organisation. This led to duplication of roles at the top as well as over-hiring at the base. Most of the recent heartburn in these companies across levels is due to this.”

However, most of these companies have a clearer model now, and they know their talent needs better. "I don't see any major shake-up from a people's perspective. The worst is over,” he adds.